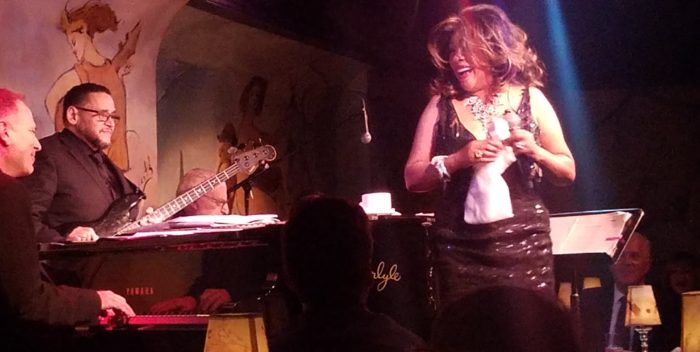 I’ll say this for Diana Ross: she’s consistent. In life she treated Mary Wilson, her singing partner in the Supremes, pretty badly. In death, Diana was not moved. She wrote on Twitter: “I just woke up to this news , my condolences to you Mary’s family ,I am reminded that each day is a gift ,I have so many wonderful memories of our time together “The Supremes ” will live on ,in our hearts”

Impersonal as that was, at least Diana remained true to herself. She treated Mary like an employee, someone who wasn’t equal to her in the Supremes or in life. She did the same thing to Florence Ballard, who was forced out of the group in the 60s and died in poverty. She was never kind to Florence’s replacement, Cindy Birdsong.

Back in 2004, Ross wanted Mary to go out on a Supremes 40th anniversary tour — as her backup singer! Diana would have been paid $10 million, Mary just $3 million. Diana would be the star. Mary turned it down. Diana went out anyway, with singers who’d been replacement Supremes long after Diana and Mary were out of the group. The tour was a flop.

Mary was vociferous about getting legislation so that random people couldn’t be called The Supremes. That’s why Diana is calling the group “The Supremes” with quotations. I’m sure once Mary is buried, Diana will try some kind of revival again, and reduce Mary to a footnote. We won’t let that happen.

Meanwhile, R&B legend Sam Moore told us: “Mary will be missed on many levels. Mary was always someone I could count on to help fight to get the terrestrial radio bill passed through Congress so that when all of our music – every American recording artists music played on AM and FM radio – we could get paid and we could finally collect the thousands and thousands of dollars from around the world, which would be life-changing money for so many of us – our friends – our peers – all genres. I call every fan of Mary’s to write their senators and their congressmen and say ‘get the artist paid when their music is played on AM/FM radio’. In her memory pass a bill – stop cheating them while you’re making billions.”

I just woke up to this news , my condolences to you Mary’s family ,I am reminded that each day is a gift ,I have so many wonderful memories of our time together “The Supremes ” will live on ,in our hearts 💕