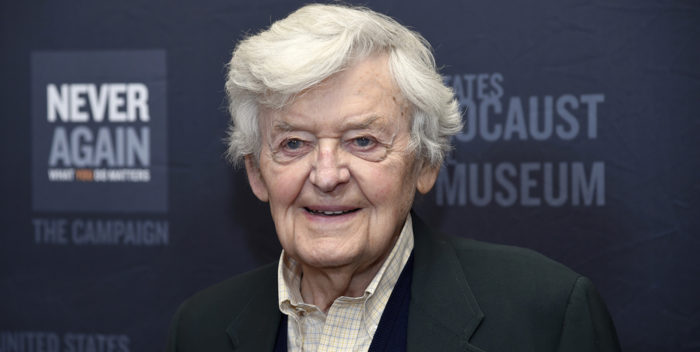 Hal Holbrook, whose death at 95 came yesterday, was an actor’s actor. He loved it. When I really got to know him, in 2008, for “Into the Wild,” he’d been mostly a stage and TV actor. He had lots of awards and was in early 80s. He’d had a lifetime of acclaim, but “Into the Wild” — as independent films sometimes do–propelled him into the movie awards universe. He wasn’t going to win. The Academy had been so ginned up about “No Country for Old Men” that Javier Bardem was on a bullet train to the big finale. But Hal did all the press, was a total gentleman, and a pleasure to get to know. His long list of credits and bio can be found elsewhere. But those moments stick in my head. RIP Hal.