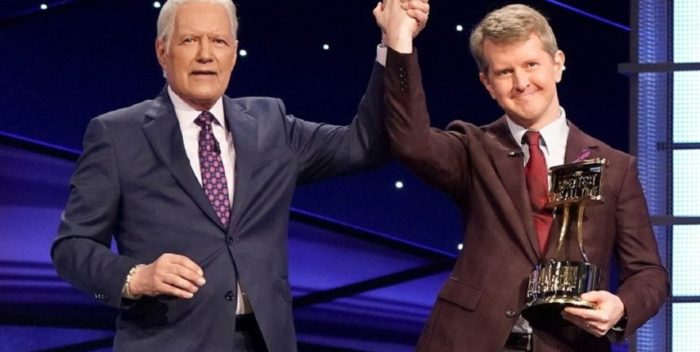 It turns out the “”Jeopardy!” audience likes Ken Jennings. A lot.

Jennings’ first week of new shows since the death of  Alex Trebek was a hit. The show scored over 6 million viewers average per show. That’s just 6% down from Trebek’s final week of new shows that preceded Jennings.

Jennings is just a temporary host at the moment. Producers will put us through a bunch of guest hosts next, just to make it seem like they’re looking for someone. But Jennings was hired as a special consultant almost a year ago and groomed for the position. He’s done a great job, too. He’s affable, relaxed, personable, knowledgeable. He seems very comfortable.

The top 10 syndicated shows for the week of January 11th follow. No talk show finished in the top 10, not even “Live with Kelly and Ryan.” And “The Ellen Show” is having issues.