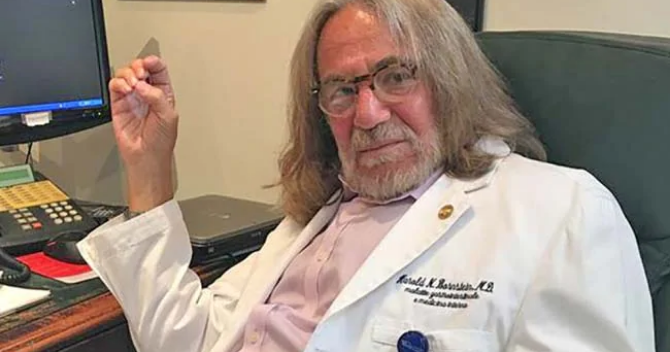 Harold Bornstein, the doctor who said Donald Trump was in excellent shape and was mocked for it, died last Friday at age 73.

His paid obit is running in the Legacy section of the New York Times. (I posted this at 1am. The Times didn’t even know Harold died. Their obit ran this morning at 9:30am.)

I am gobsmacked. Harold was my doctor in the 80s and early 90s. His father, the late Dr. Jacob Bornstein, was the cousin of a friend of mine. Harold, who loved dispensing medication over the phone, never mentioned that Trump was his patient. But when Trump became president– and his health was questioned– Harold, looking more eccentric than ever, chimed in.

He wrote a letter stating: “If elected, Mr. Trump, I can state unequivocally, will be the healthiest individual ever elected to the presidency.” (The letter is below.)

He later told CNN: “He dictated that whole letter. I didn’t write that letter. I just made it up as I went along.”

Around that time, in 2017, Harold claimed his office had been raided by Trump via a bodyguard. Trump lawyer, and long time associate. It was prompted by an article in the New York Times in which Bornstein said the president takes a prostate-related drug to treat baldness, known as Propecia, as well as other “antibiotics to control rosacea, a common skin problem, and a statin for elevated blood cholesterol and lipids.”

Trump was obviously furious, and that was the end of his relationship with Harold. His obit doesn’t say what he died from, but like everything else touched by Trump, Harold was marked for doom. What a shame. Harold told NBC: “I feel raped — that’s how I feel. Raped, frightened, and sad. I couldn’t believe anybody was making a big deal out of a drug to grow his hair that seemed to be so important. And it certainly is not a breach of medical trust to tell somebody they take Propecia to grow their hair. What’s the matter with that?”

The Harold Bornstein I knew had a great sense of humor. Maybe he wasn’t the best doctor, but he was competent and helpful. He was eccentric, certainly, the opposite of his father, who was a straight shooter. It’s a shame that he got scooped up in the Trump tsunami of lies. The public will only think of him as Trump’s crazy doctor, but I have mostly fond memories of him. RIP Harold. Condolences to family, friends, and patients. 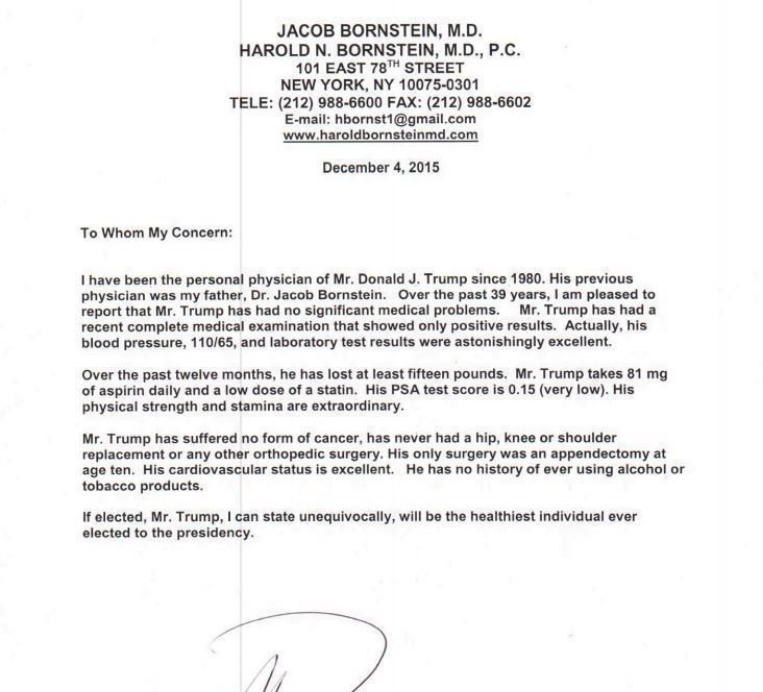