“We did not come to this decision lightly,” the publisher said. “as a publisher it will always be our mission to amplify a variety of voices and viewpoints; at the same time we take seriously our larger public responsibility as citizens, and cannot  support Senator Hawley after his role in what became a dangerous threat to our democracy and freedom.” 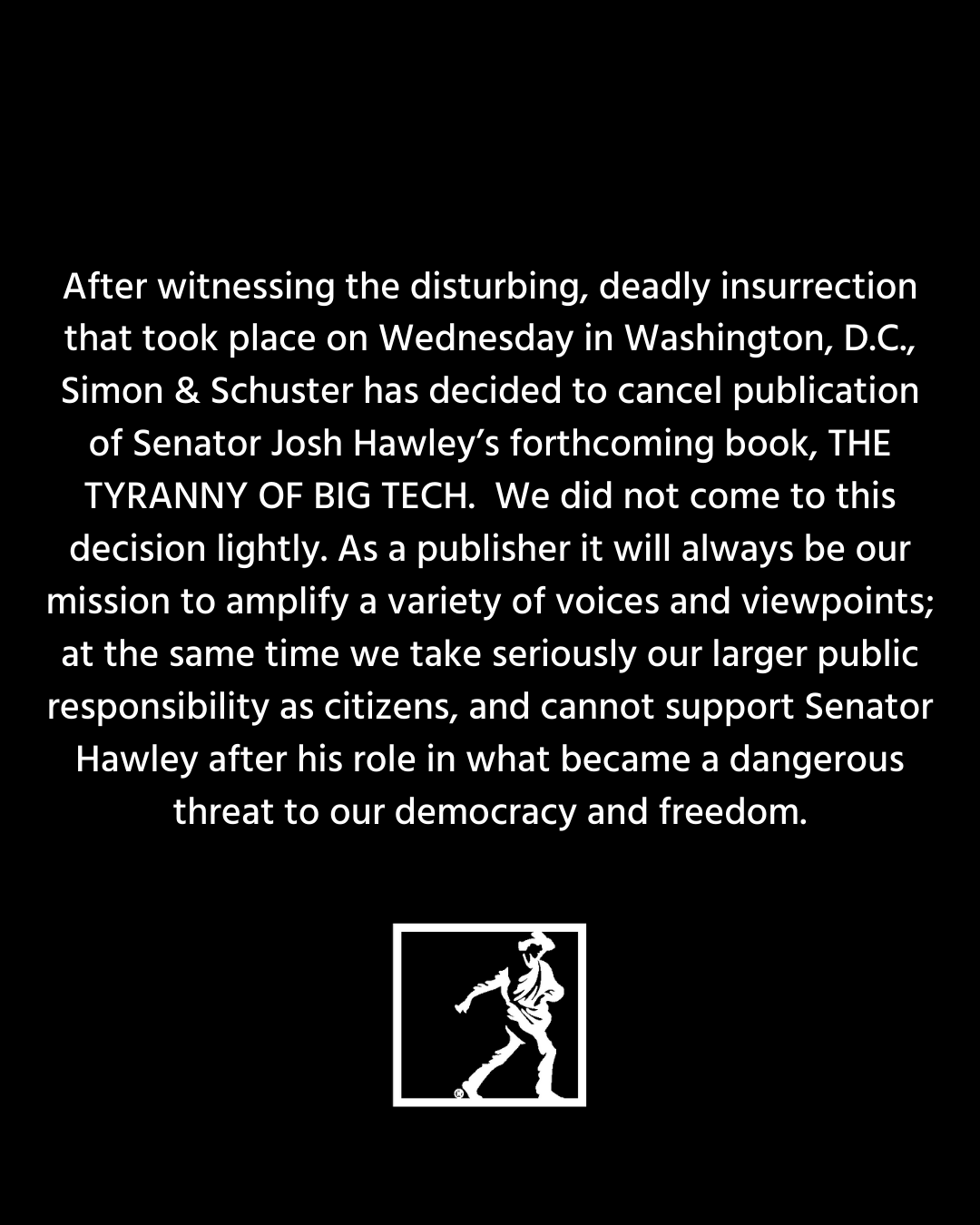 This may be an omen for the rest of the Trump gang, the ones who hoped for big advances telling their version of the mayhem that has gone on the last four years. Kellyanne Conway used Page Six to tout a potential big book deal, but that deal never surfaced and may be dead. The cast of Trump characters is long, and now, after all this time, it may have finally dawned on publishers that no one is willing to pay for these scoundrels’ stories.

Certainly, William Barr is looking for a deal. But his ‘heroism’ came late, and at a cost. Mick Mulvaney bowed out of the Trump administration today, but he find resistance to a book as well.

Conservative right wing Regnery Publishing said today they’d take a look at Hawley’s book. That house may be where most of these people wind up. But again, it’s once thing to be a conservative. It’s another to fork over $26 for some partisan bile with alternative facts. Even Regnery, the low end of book publishers, knows that.

Kudos to Simon & Schuster’s Dana Canedy, who took a stand here. S&S is on its way to being part of Random House/Penguin etc. The new, giant publisher may finally have a position about publishing lies by political celebrities just to sell books.