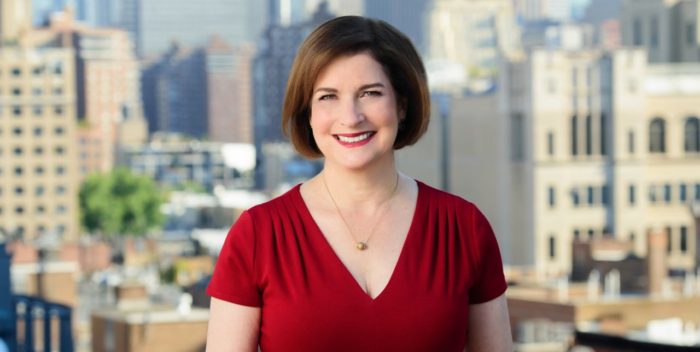 After 28 years, a raft of awards, incredibly hard work and colon cancer, Roma Torre is out at NY1 on Spectrum Cable. Also out is Kristen Shaughnessy, there for 25 years, and three other female reporters. The women sued Spectrum and NY1 for sex discrimination, claiming they were paid vastly less than their colleagues and weren’t promoted internally in a similar fashion.

The result is that they’ve settled the suit and they’ve been ousted from their jobs. Is that a win? Monetarily, maybe. But it’s a loss to the NY1 community and a black eye for despicable Spectrum, a company so bad at providing cable — let alone news — that it was recommended they lose their access to Manhattan a couple of years ago.

What a disaster. The three other women are Jeanine Ramirez, Vivian Lee and Amanda Farinacci, all professionals.

The news reports have been spun that it’s Charter Communications that was sued, which obfuscates the trade name Spectrum. But it’s Spectrum, let’s not forget it.

In a joint statement issued by their lawyers at Wigdor LLP, the five plaintiffs said: “We are pleased to announce we have reached a confidential resolution of our lawsuit against Charter/NY1. After engaging in a lengthy dialogue with NY1, we believe it is in everyone’s interest – ours, NY1’s and our viewers – that this litigation be resolved and we have mutually agreed to part ways. We want to thank everyone who has supported us through these times – please know that the support from each and every person has made a real difference.”

The lawsuit said their employer has consistently prioritized male journalists at their colleagues’ direct expense—a pattern of gender discrimination that only escalates as women reporters age, the lawsuit claimed.

Allegedly complicit in this was Pat Kiernan, the blonde, blue eyed star of NY1, whom both Torre and Shaughnessy preceded in tenure at the station. They said he was being paid far more than they were even though they’d been there longer. They wanted Kiernan’s salary records, but a judge denied it. On top of that, it’s alleged that Kiernan’s agent at UTA, Adam Liebner (son of legendary agent Richard Liebner) told Torre’s brother that Kiernan was the star of the network and that she should drop her suit.

But in the end, Kiernan stays, and five women leave. As a New Yorker, I think it’s important now to turn off NY1, which has not been the same since Spectrum bought Time Warner Cable and ousted the original news director, Steve Paulus, who invented the channel.

Torre, by the way, has a long and respected family history in New York journalism. Her mother, Marie Torre, was the first reporter ever to go to jail to protect a source. When she was columnist at the New York Herald Tribune, Judy Garland sued her over an article in which Marie Torre quoted an unidentified CBS executive who called Garland “fat.” Marie Torre spent 10 days in jail. She was a pioneer, a hero, probably inspired the famous “Mary Tyler Moore” episode in which Mary also went to jail for protecting a source.

Let’s hope that all five of these women find good new jobs in the New York market immediately. They’re all deserving of it, and we could use them on our TVs. But NY1? Aside from checking the time and temperature, it’s completely unnecessary now.