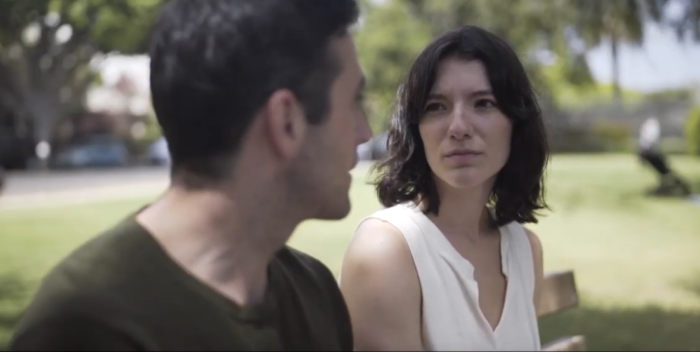 “Fatale,” directed by Deon Taylor, is a terrific twisty, scary slasher/mystery ride. A guilty thriller pleasure, the film was penned by David Loughery and boasts the star power of Hilary Swank and Michael Ealy in a modern day “Fatal Attraction.”

The story starts with Derrick Tyler (Michael Ealy), a guy who seemingly has it all as he he co-founded a mega successful LA sports agency with his best friend Rafe (Mike Colter). Derrick lives in stunning house with the requisite infinity pool and of course the equally requisite trophy wife Tracie (Damaris Lewis).

Alas, not all is glorious in the Hollywood Hills as the marriage is rocky and Derrick feels insecure and dare he think it; shallow. Before he can fully address all of that, he goes to Vegas for a friend’s bachelor party and proceeds to have his first infidelity with needless to say, the way wrong gal, a crooked undercover cop named Valerie Quinlan (the always terrific Hilary Swank).

A questionable home robbery follows as well as Valerie’s source of pain that she wants to right is revealed. Val wants to settle the various scores in her life using her badge and Derrick, along with his loyal ex-con cousin (Tyrin Turner) as covers. Sure there are a couple of holes, but logic be damned! The R &B and hip-hop score adds to the over the top energy of this fast paced story. “Fatale” is a glorified B movie done exactly right, watchable and wildly entertaining.

“32 Weeks” is a terrific Indie film written and directed by Brian Cavallaro. A complex tale that tells the story of a young woman Cole (played wonderfully by Nicole Souza) with amnesia as a result of a mysterious car accident, it’s been 32 weeks since that fateful night. With a new boyfriend Simon (Scott Bender) and ex she can’t forget, Cole is struggling, with the help of friends and a therapist, to recover those forgotten 8 months piece by tortuous piece. A violin teacher, Cole finds comfort in music and in a record store which helps her put the painful parts of those sketchy months together. Part love triangle, part thriller, there is also a deeper emotional resonance about the film, which includes emotional and physical abuse. The last part of the film surprises in a truly suspenseful way. You root for Cole each step of her saga; the film making is adept and engaging. “32 Weeks” is most definitely a worthy watch.