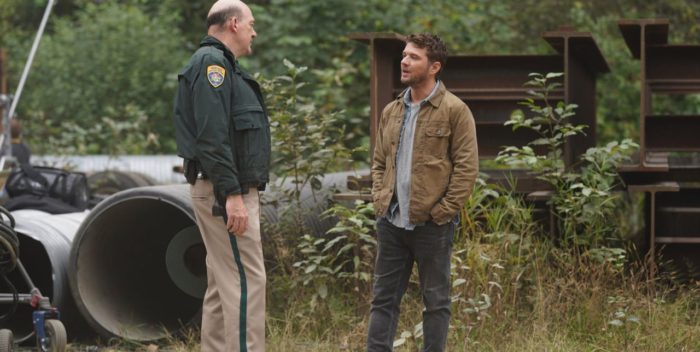 Far it be from me to understand TV shows, and how they operate. But ABC’s “Big Sky” is a big mess as far as I can tell.

Last night they killed off their villain, played by the great character actor John Carroll Lynch. He played very bad cop Rick Legarski, who himself killed off Cody Hoyt– played by heartthrob Ryan Phillippe– in the first episode. Cody was supposed to be the show’s hero. Lynch and Phillippe were the two biggest name actors on the show.

And now, after five episodes, the David E. Kelly series goes on hiatus.

If all this had worked with the audience, it would have been genius. But last night’s ratings were roughly 3.9 million, up from the previous week’s 3.5 million, but considerably down from the first three weeks. The opening episode, heavily promoted with Phillippe as the lead, brought in 4.1 million. With Phillippe being killed as the cliffhanger, the ratings went up in week 2 to 4.6. But then the audience caught on that Cody was gone. Week three fell back to 4.1 and dropped under 4 million after that.

There is no rooting interest in the rest of the characters. So what were the producers thinking?

Oh, if this show had just developed and maintained characters like the original “Twin Peaks,” which it clearly mimicked. But just like “Desperate Housewives” and “Empire” — shows that burned through plot without pacing– “Big Sky” is killing itself quickly. Too bad.