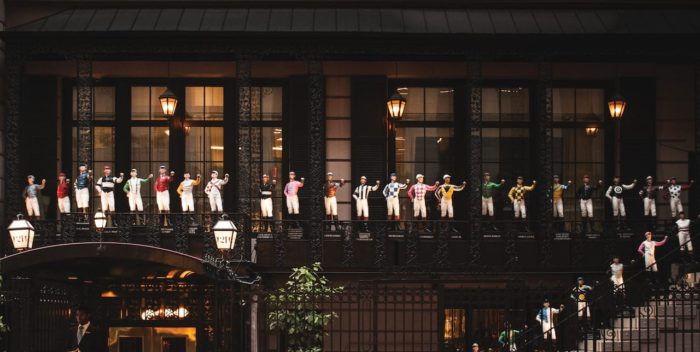 New York’s most prestigious and one of its oldest eateries, the 21 Club, is not dead. It’s just closed for the time being.

Last night there was a flurry of anxiety over a story — in the NY Post, where else? — that 21 was closing for good. But in reality it’s been shuttered since last March and next March 2021 the owners have filed to release the staff. That doesn’t mean it’s over. It’s just in floating in the ether until the pandemic is over.

The 21 Club, at its current location of 21 West 52nd St. since 1930, is currently owned by Belnord, aka the Orient Express Company. I knew the second generation owners of the original families from the 1980s. In 1983, I helped put together an episode of the Merv Griffin Show there. It was a week with the chef Pierre Franey, whose best selling cookbook “The 60 Minute Gourmet,” was my task to promote at Ballantine Books. That began my long association with the famous restaurant and its secret wine cellars, and so on.

In the last decade or more ’21’ was a regular gathering spot for lunches and dinners to promote movies and Broadway show openings, events for films in the Oscar race and so on put on by Peggy Siegal. I think it always startled the corporate regulars downstairs on the first floor, in famed bar, to see movie stars trooping upstairs. And they loved it.

Strangely, the building does not have Landmark Commission status from New York City. I don’t know how that’s possible since the edifice is one of a kind and has important historical significance — not just the exterior with the jockeys but the inside with the dining rooms and the wine cellars that extend in the basement. But Belnord assures me that “in recognition of its iconic status, the company is exploring potential opportunities that will allow 21 Club to remain a viable operation in the long term, while retaining its distinctive character.” Indeed, ’21’ is the only vestige of the architectural history on that block.

What that means, I hope, is that once the vaccine has been distributed and indoor dining resumes, the 21 Club will brush itself off and get back on track. The 21 Burger, according to the menu, is still a bargain at $36! I can’t wait to bite into one ASAP.