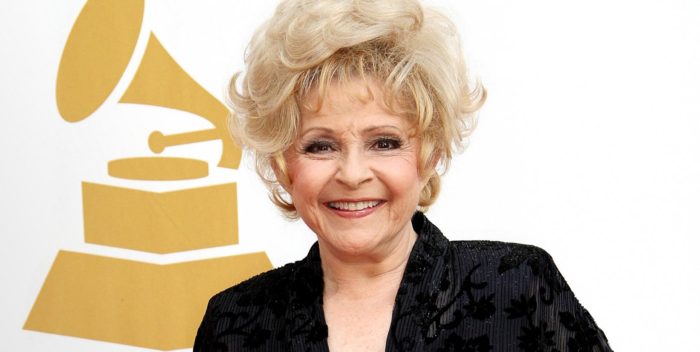 Yes, yes, we all know Christmas is Mariah Carey’s holiday. Her perennial Phil Spectorish “All I Want for Christmas” is back at the top of the charts. Mariah’s even released a new single, a version of her “Oh Santa,” with Jennifer Hudson and Ariana Grande that’s full of fun and great vocals. Mariah, who can’t sell a record during the rest of the year, has become Mrs. Christmas.

The single was number two last week on the streaming charts, and made $105,916. It was just a nose behind Mariah’s “All I Want.” Right now it’s the number 1 song on iTunes– on the pop charts!– not just the holiday charts! By comparison, Mariah is at number 5 and 16 with “Oh Santa!” According to Buzz Angle, “Tree” sold 114,000 copies between December 4th and December 8th. Last week, it sold 135,000 copies.

Who is Brenda Lee, you young people are asking? She was the Mariah of 1958-66. So many hits! “I’m Sorry” was the biggest, aside from “Christmas Tree.” But she was a very cool rockabilly-country singer with a timeless sound and instrumentals. She turns 76 tomorrow– December 11th — and lives in Nashville. She’s a national treasure.

So happy birthday, Brenda Lee. What a lasting tribute to her talent!