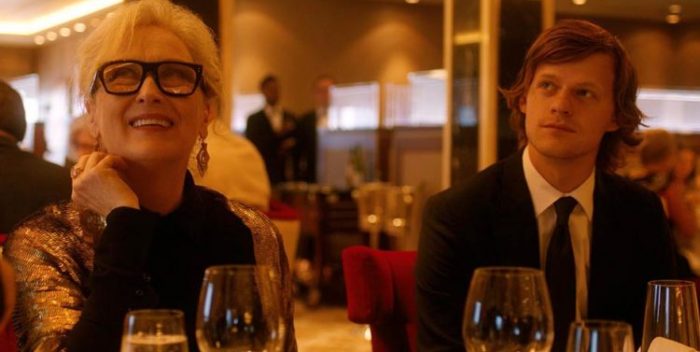 I’m told that Steven Soderbergh’s “Let Them All Talk,” is heading to the Oscars. It’s being put in competition as a motion picture in this odd year.

HBO Max, which never existed before, is the studio of record. Parent company HBO is not used to having a Best Picture possibility with all the other trimmings. But this is it. Meryl Streep– who will get Golden Globes musical category attention for “The Prom” — is a cinch for Best Actress nods from this film.

Soderbergh directed and edited this story from a script by short story writer Deborah Eisenberg. Soderbergh has 2 Oscars, Streep has 3. Co-star Dianne Wiest has 2. So of course this movie– and it’s a movie, no “Love Boat” — has to be high in the mix for the Academy Awards.

The big surprise may be Candice Bergen, who has a raft of Emmy Awards, and many fine performances on film. When reviews break on Thursday, watch for to be cited. It’s about time. I loved her a couple of years ago in Noah Baumach’s “The Meyerowitz Stories.” She never stops getting better.

For the young folks, “Let Them All Talk” has the hot star of his generation, Lucas Hedges. His contribution is major.

Will HBO hire an Oscar specialist for this film? Will anyone from HBO return my emails about this film? They should know when I queried a colleague about this movie recently, I got a shrug back. A profile boost may be needed.