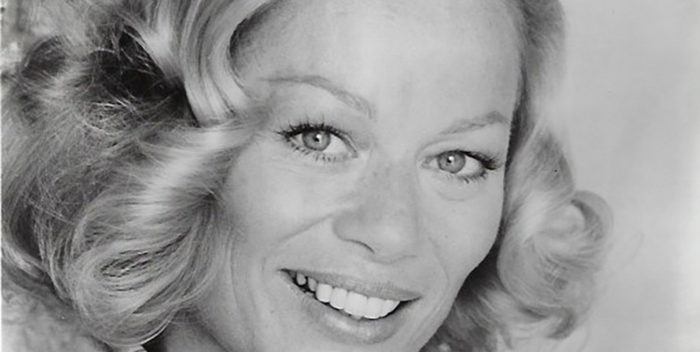 Abby Dalton has died at age 88. A prolific long legged TV actress with a fetching smile, she was sexy and relatable which made her a staple on TV from 1957 to 1962.

But her breakouts were starring on two shows at once, “The Joey Bishop Show” and Jackie Cooper’s “Hennesey.” The prime time sitcoms were broadcast between ’62 and ’65, cinching Dalton’s celebrity. She was one of my early TV crushes that included Inger Stevens and Diane Baker. Those were the days!

Through the 70s and 80s, Abby Dalton was a regular on just about every game show and a guest star on dozens of prime time shows. In 1981 she debuted on the hit CBS nighttime soap “Falcon Crest” as Julia Cumson, the mother of Lorenzo Lamas and the daughter of Jane Wyman. Julia was crazy, which made her a lot of fun as she went about killing people and hiding out.

Just to show how weird Hollywood is, Dalton’s real life daughter, actress Kathleen Kinmont, was briefly married to Lorenzo Lamas, who played Abby’s son on “Falcon Crest.” (She was number 3 of 5.) Kinmont and Lamas co-starred on a syndicated show called “Renegade.”

Hats off to Abby Dalton. She was one of the more pleasant presences offered on TV in a more innocent age. Condolences to her family.

Videos: This was the best cliffhanger of any of the Lorimar shows. You had a to wait all summer to find out who was in the coffin. Michael Filerman wrote it. We miss him! I’m sure he’s welcoming Abby to a special part of heaven for “Dallas,” “Knots Landing,” and “Falcon Crest.”

and look! Bobby Darin was a guest star on “Hennesey”