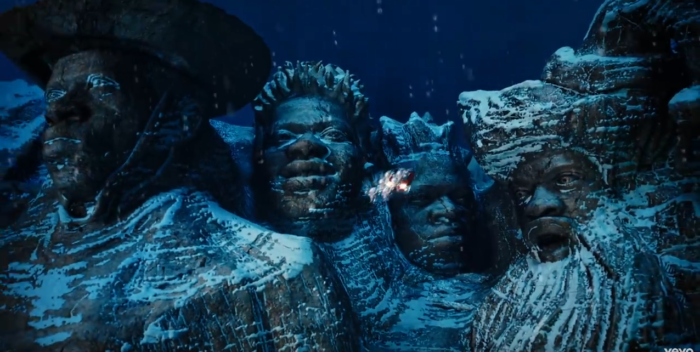 NOVEMBER 18TH: Lil Nas X ruled the charts in 2019 with “Old Town Road,” his country music-rap mashup hit that sold and sold and sold. “Old Town Road” was on the charts, mostly at number 1, for months on end. The song used a little known sample from Nine Inch Nails, blended country and rap, and then went through the roof when Nas re-recorded it with another novelty song survivor, Billy Ray Cyrus, of “Achy Breaky Heart” fame.

Novelty hits are painful for the artist, who can never break away from that one mega hit that comes to define them. Carly Rae Jepsen had that with “Call Me Maybe.” Vanessa Carlton ditto with “A Thousand Miles.” Whole books and podcasts and radio shows are devoted to one-hit wonders.

But now Lil Nas X is staring down that same stigma. Last Friday he released his first single since the “Old Town Road” project finally calmed down. One hopes that he’s independently wealthy for like after all that fuss. He may need the money.

The new single, “Holiday,” is accompanied by an expensive video. That’s not good since the song has not broken the top 100 on iTunes. It’s a short single, two minutes and 47 seconds. It’s catchy enough but so far has gained no traction. That’s not a good sign. From Friday through Monday, “Holiday” has garnered only 3,600 streaming equivalent sales.

Of course, on You Tube, the video has attracted over 18,300,000 views. What that means exactly is unclear, except that Lil Nas X (real name Montero Lamar Hill) was smart to make parodies of movies like “Back to the Future” as part of this short but high budget project.

Let’s hope Lil Nas has something better up his sleeve for a real non holiday release, and soon. Otherwise, he may stuck forever on that Old Town Road.