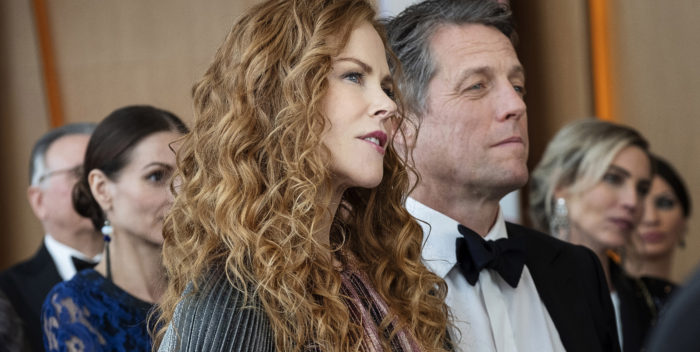 Nicole Kidman has really struck gold with “The Undoing.”

Even though Nielsen screwed up the monitoring of Sunday night’s ratings, HBO tells me Episode 3 went through the roof. According to them, viewership Sunday night totaled 1.7 million across the linear premiere, two replays and digital, up 18% from episode 2 and 21% from the series premiere on Oct. 25. Viewing for the first episode has quickly passed 6 million.

Not bad. “The Undoing” is very different than Kidman’s previous HBO hit, “Big Little Lies.” This is a murder mystery, not social commentary. So many pundits and reviewers tried to turn it into that, and then double down on criticism. We are living in a strange time in which any fiction is instantly turned into a flashpoint. No one knows how to enjoy an old fashioned whodunit anymore.

I don’t know who killed Hugh Grant’s mistress in “The Undoing” because I’ve not been given the final episode yet. But just about every character is a candidate. And since the audience is growing week by week, I think viewers must be hooked. And PS this miniseries is going to get a ton of Golden Globe awards. It’s a no-brainer. (And a brainy one at that!)