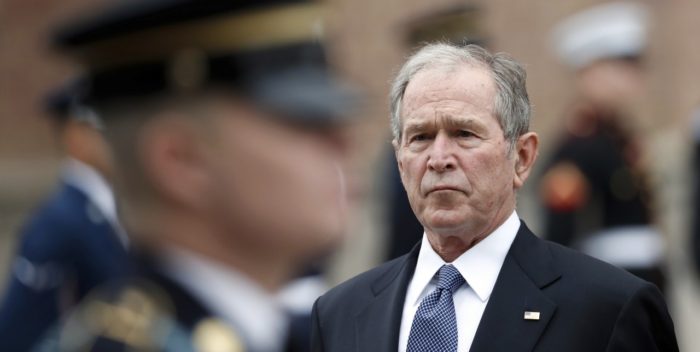 Former President George W. Bush has congratulated Joe Biden and Kamala Harris, and bids goodbye to Donald Trump in a message this afternoon.

Bush writes, “Though we have political differences, I know Joe Biden to be a good man who has won his opportunity to lead and unify our country.”

That’s pretty gracious from a man who stole his own election in 2000. It’s also a message to Donald Trump: start packing.

PS Since the Bush post, Trump has Tweeted: “Since when does the Lamestream Media call who our next president will be? We have all learned a lot in the last two weeks!” 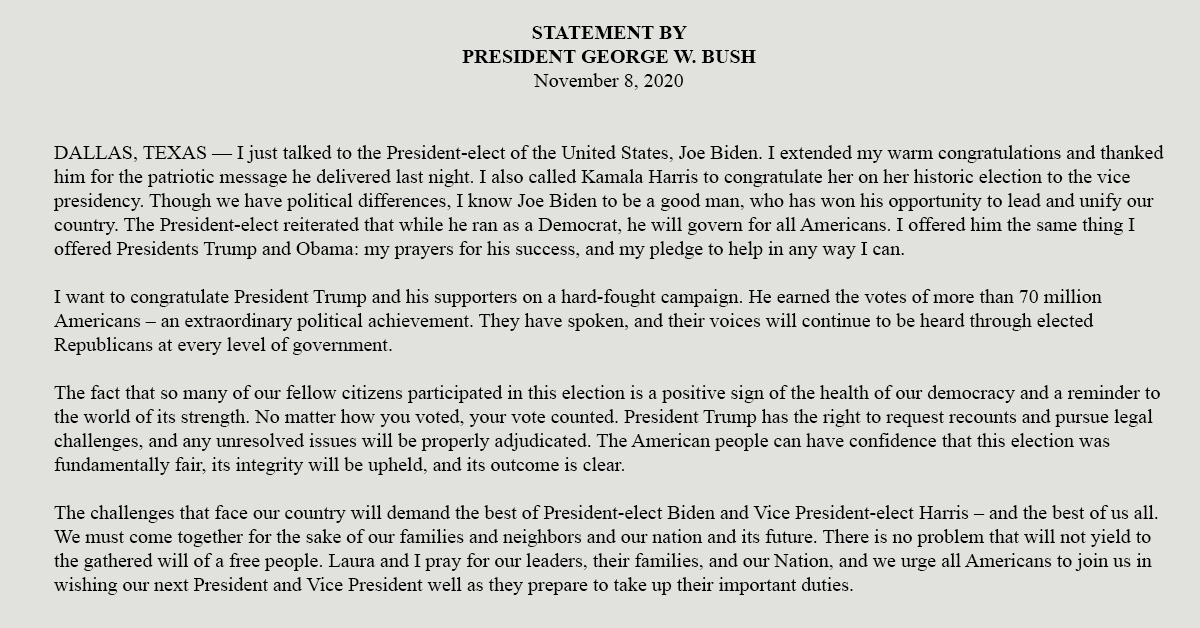