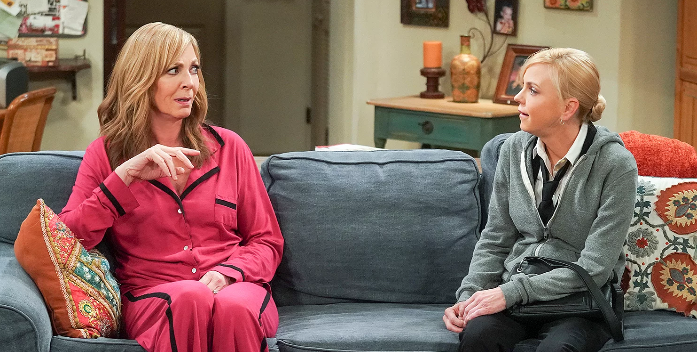 Tonight, two actresses leave their sitcoms in the middle of long runs.

America Ferrara is exiting “Superstore” on NBC with a wrap up episode and an explanation. In real life, Ferrara has lots of opportunities. “Superstore” was an ensemble, and she’s a star after “Ugly Betty.” Her contract was probably up and producers didn’t want to pay more.

But the big exit tonight is unexplained and a mystery: Anna Faris is leaving “Mom” after seven seasons. There is no adequate explanation. The show was renewed last spring and she was part of it. She plays the “daughter” in a show called “Mom.” Now Allison Janney’s Mom has no child.

Faris exits without an ending episode. She didn’t come back for a big farewell special. She just didn’t come back to work after th summer. The tabloids question whether there’s an issue with bulimia or drinking. Faris has nothing booked and no publicly known prospects. We can only hope she’s ok and getting the help she needs for whatever is wrong.

Meantime, “Mom” is one of those strange shows that no one you know watches, gets no reviews or awards, it’s just there until it’s not. Funny that Emmy award and Oscar winner Janney wound up there and no one pats attention to it. She gets an annuity and checks for the rest of her life. But wait till she’s free to resume her real career!

UPDATE They explained the character’s absence by saying she went off to grad school. LOL. At Georgetown University Law. Quite a leap of fiction!