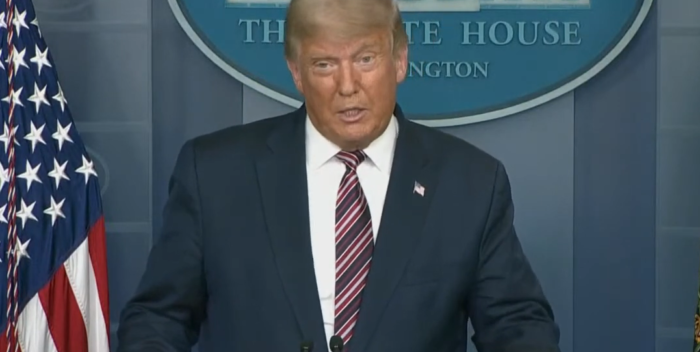 Every single thing Donald Trump said at his press conference tonight was a lie except for maybe his own name.

Trump believes that any vote counted after polls closed on Tuesday are not valid. He says to his base, knowing this isn’t true, that all mail in votes counted after the polls close are invalid, that votes legally arriving in states where the law supports them, should not be counted. He lied about his “people” being able to watch the counting in the remaining states. And so on.

Trump is drowning in his own lies. In many case, he’s trying to invalidate votes that went his own way. He said this has been going on for 3 days. The election, in fact, ended less than 2 days ago. He’s out of his mind. Today all his lawsuits were rebuked in court. No court will stop the vote counting. That’s like saying in the 7th inning of a baseball game, we’re ahead, stop scoring.

Fox News is lying to its viewers. Nicholle Wallace called them out on MSNBC. Good for her. It’s time not only to fact check Trump, but fact check Fox News as well.

What’s really galling about this performance that Trump blamed an unspoken conspiracy in Detroit, Atlanta, Philadelphia, and Phoenix, as if every one in those cities organized his downfall. Randomly. He’s insane.

I couldn’t help but think of Richard Nixon in the summer of 1974, right before he was forced to resign the presidency. Alec Baldwin will have a field day with this speech on “SNL” this weekend.