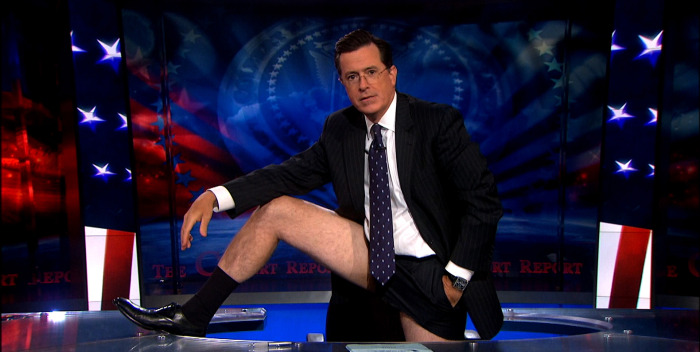 The song, called “The Change,” was written by Diane Warren and already has a couple of videos. But JoJo spent a whole day in a studio last week recording a new version for Colbert. It should be great.

Also on the show–well, you can tell it’s sweeps because Cher and John Oliver are the guests. Those are considered A list bookings.

I’ll tape Fallon and Kimmel, and dip back and forth. We’re lucky we have 5 terrific late night hosts. I’m always torn between Seth Meyers and James Corden, although I love Seth’s “A Closer Look.”

What if Biden wins tomorrow, Trump concedes, and there’s an orderly transition? What will these guys joke about?

Here’s JoJo singing “The Change.” Tonight’s version is all new.