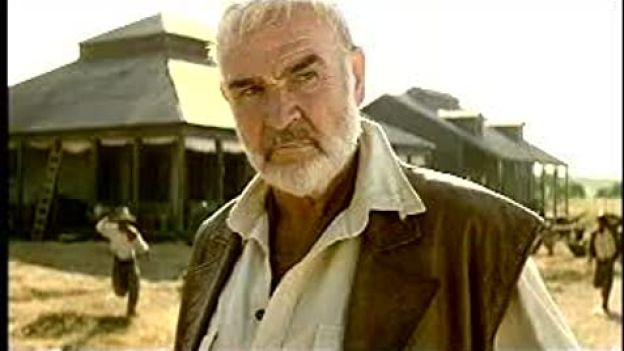 EDITORS NOTE: This movie Brett writes about it IS NOT the same movie “Billions” creator Brian Koppelman tweeted about this week.

It was 2004, and one of my dreams came true when I got the opportunity to direct a movie with Jews and Nazi’s, but where the Jews win.

Connery was playing the Jew. It was a stretch, but I loved Sir Laurence Olivier in “The Boys From Brazil” where he played a Jew because he was the greatest Nazi ever in “Marathon Man”! I thought if Olivier could do it, so could Connery. All I had to do was convince Mr. Connery to trust me to be the director.

I was 34 at the time and some major directors were circling the film and meeting with Connery as well. I was lucky that I had just finished shooting “X-Men: The Last Stand” and the studio loved the film…so they helped me convince Connery I was his guy. Connery was only 74 years old at the time but was considering retiring after five decades of acting in close to 100 films. He had just come off “The League of Extraordinary Gentleman,” which was to be his last film and a box office disaster.

Our script was brilliant, written by Jeff King, called “Josiah’s Cannon.” Connery was set to earn $17.5 million to star which was unprecedented especially for an actor his age! Connery would play an aging thief and Holocaust survivor who gathers up a notorious band of crooks to rob a supposedly impregnable Swiss bank of valuables looted from the Jews before World War II. A great revenge heist film!

I don’t remember why but we had to push production a few months which would be filming in Prague. I got the writer Phil Alden Robinson to do a quick polish to work in a back story that after the war Connery’s character moved to Scotland. (Studio note: He is in fact Scottish.) Connery would have me come to his apartment in New York and spend hours reading lines from the script and rehearsing with him. What a dream…

My dreams were crushed, however, when Sean called me a few weeks later to tell me he was pulling out of the film to retire and write his memoir. I couldn’t believe he wasn’t leaving our film to make another. Now he has passed at 90 years old without making another film! I cherish the time we spent together working on the script, especially when he and I would spend hours reading the script together. He would do a slight Jewish accent for me to see what I thought.  What a legend and my only regret is not going on my hands and knees to beg him to reconsider! So much more between the lines but that will be left for my memoir! #RIP