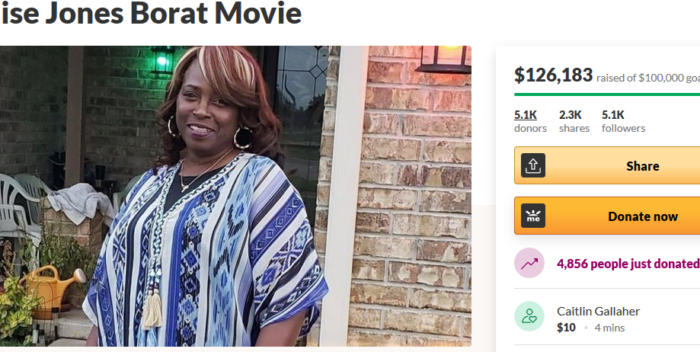 Sacha Baron Cohen and Amazon Studios can relax. Their accidental star from “Borat 2” has made a ton of movie and they didn’t have to pay it.

Jones told me in our interview earlier this week that she was paid $600 initially by the film crew for what she thought was a documentary. She received $3,000 more when shooting wrapped.

When she and I discussed it, the out of work grandmother was thinking $50,000 would have been proper compensation. I agreed. But she’s made more than twice that in four days!

The top donation is from Anonymous, for $5,000. The top named donation is $1,000 from a San Francisco lawyer named Leesa Miao. A Brooklynite named Martha Revenaugh, who donates to Democratic candidates, gave $780.