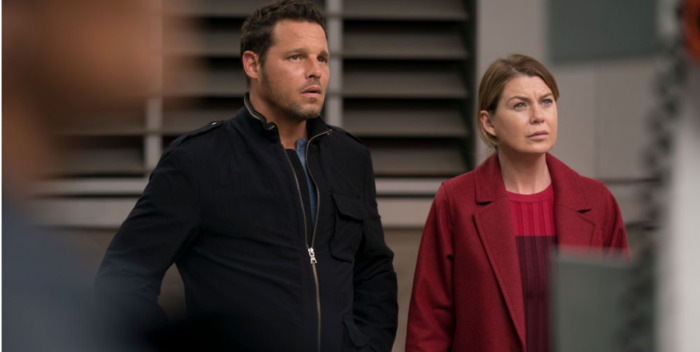 “Grey’s Anatomy” star Ellen Pompeo is taking her contract negotiations into the press.

In a new interview with Variety, she announces– and no one asked– that this could be the last season of her show. (Please god.) Variety, it seems, is complicit in the negotiation.

“Grey’s Anatomy” has been on the air since the spring of 2005, 17 seasons. I remember seeing the debut while I was covering the Michael Jackson trial in Santa Maria, California. Pompeo has outlasted nearly everyone from the original cast save two actors. Her 2018 contract brings her more than $20 million a year — $575,000 per episode, along with a seven-figure signing bonus and two full back end equity points on the series, estimated to bring in another $6 million to $7 million.

But that deal will end with this season, and then it will be interesting to see if ABC will pay her more or just throw in the towel.

And does it matter? Couldn’t the show go on without Meredith Grey? She’s the least compelling character on the show. Pompeo has never won an acting award for her role. She’s never been nominated for an Emmy Award, although she was a Golden Globe nominee in 2007. “Grey’s” could go on without her, cost less, and still pull in 5 million viewers a week. It’s a soap opera.

It’s not up to Ellen Pompeo whether the show stays on the air. ABC and Shondaland make that decision. I’m curious to see if Pompeo’s opening gambit works. It could be next year we’ll be without two Pompeos– Ellen, and Mike in Washington. I can live without that.

PS They should have called the story “Pompeo and Circumstance.”