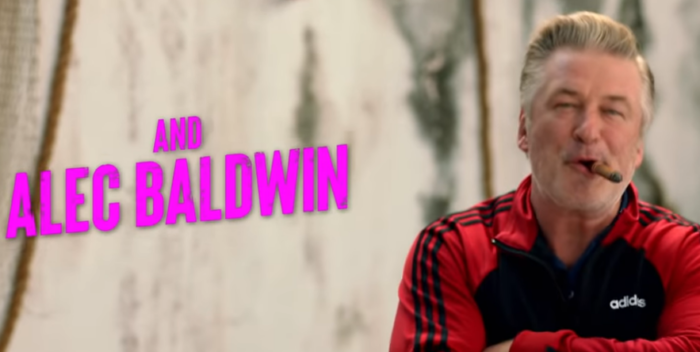 It may be time to start a GoFundMe page for Alec Baldwin. The recent father of five small children (not to mention his adult daughter, Ireland) is starting to do payday movies. Like Bruce Willis and Mel Gibson.

Baldwin is third billed in a movie coming next month and going straight to video on demand called “Chick Fight.” It’s the second feature directed by former “As the World Turns” actor Paul Leyden.

“Chick Fight” stars Malin Akerman (who I’ve always liked and sort of drew the short straw on”Billions”) as an out of work mom who starts a fight club for ladies.

This movie has what may be a record 35 producing credits — meaning investors — and not one of them is Alec, who took the check and ran. You’d think “The Match Game” and “Saturday Night Live” would be enough to feed all those kids. He was hilarious last night on “SNL” as usual. I feel bad about this one.

Baldwin has been incredibly generous with huge donations to organizations in the Hamptons, from the film festival to Guild Hall, and so on. But that was all before five lil ones came into the picture. Let’s hope we see him in a few really good movies, like “The Departed” or “Married to the Mob,” or a “30 Rock,” soon.