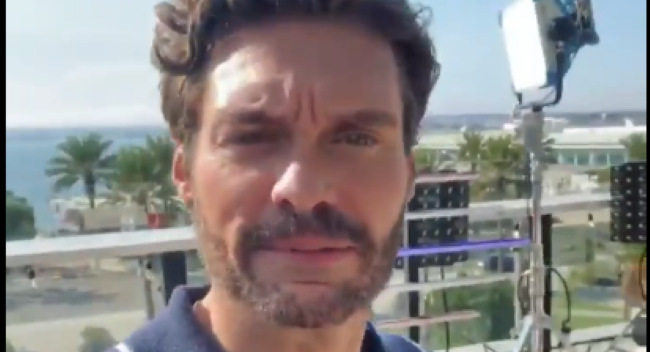 Ryan Seacrest is not back on “Live with Kelly and Ryan.” This morning he was AWOL again.. His radio show from Los Angeles, “On Air,” on KIIS FM, sounded pre-recorded as well.

So where in the world was Ryan? This was better than a soap opera cliffhanger considering Seacrest had a fatigue emergency a few months ago. Live on the air it looked like he suffered a mini stroke or Bell’s Palsy. It was announced that he was just exhausted.

Kelly Ripa announced he was awaiting results from a COVID test. But that doesn’t explain his absence since Seacrest could have Zoomed in if he didn’t have symptoms. He also must have had a 15 minute test. It’s hard to believe he, Disney or ABC doesn’t have access to the fastest test.

But in a video posted on Twitter from “American Idol” on Saturday he didn’t look well, and no one in the video wore masks.