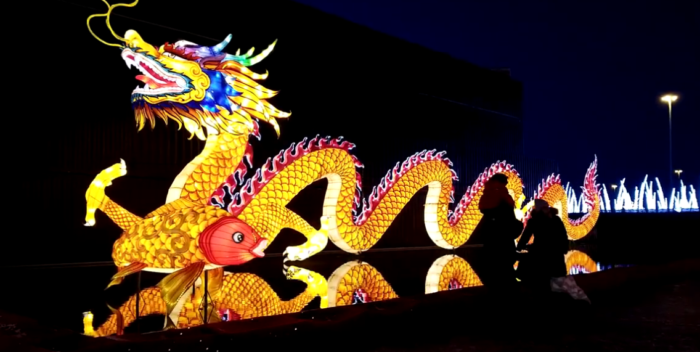 Normand Latourelle was the co-creator of the Cirque du Soleil empire and took it to the top. He left to create Cavalia, a spectacular entertainment with horses, and a light show titled “Illumi” that was a huge hit last winter in Montreal. But that was before COVID.

When the pandemic hit last March, Latourelle– whose own mother dubbed him “The Merchant of Happiness” — wasn’t going to fold his tents. :Cavalia” on a hold. But “Illumi” is blazing. “Illumi” was a massive light show that people walked through — 500,000 of them, in fact. He tells me grossed $15 million. So he wasn’t going to let a virus get in his way. He says, “When I heard the restrictions last March, I said let’s be creative.”

On Wednesday night, an even bigger “Illumi” opens outside Montreal, with proper social distancing. The audience will come in cars. The show is already sold out. It plays from now through mid March with 17 different tableaux blazing millions of lights. Cars holding up to 4 or 5 people are coming every night, at $20 per person. You can order food that’s brought to the car. There are bathroom stops, of course. The whole ride through “Illumi” is supposed to take around an hour and 15 minutes.

“When someone tells me don’t do that, I use my imagination to push the limit,” Latourelle says.

Drive-thru entertainment may be the immediate solution to showbiz with social distance. Latourelle, as usual, is onto something. Instead of downsizing for the pandemic, he went big big bigger. Last year’s show covered 400,000 square feet. This year’s is on 1 million square feet of parking lots. He says there are 20 million lights and 30,000 installations. (If I lived up there, I’d rent a convertible for the evening.)

With movie theaters shut across the US, and Broadway dark in New York, Latourelle looks brilliant. I didn’t mention this to him in our conversation, but what about all the abandoned malls in America? They have huge empty parking lots just waiting for someone to lease them.

Meantime, how we do see “Illumi’? You can’t really fly into Montreal right now. But I guess we could all drive, at least from the Northeast. From the pictures and videos, “Illumi” looks like it has the production values of those amazing Cirque du Soleil shows. Of the 17 different tableaux, or light exhibits, by the way, three or four will keep changing through the winter to reflect the various holidays. So if you like it, you’ll have to go back again. Very clever, these Quebecois!