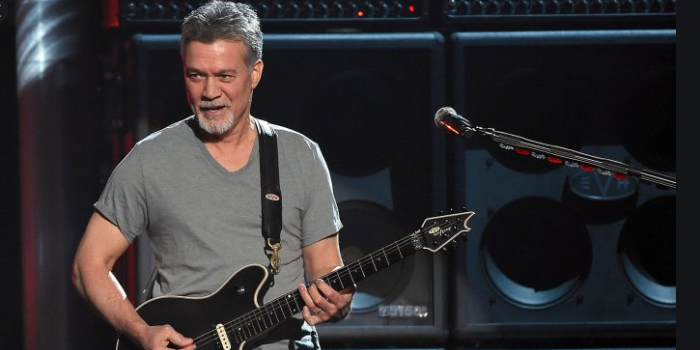 Sales of Van Halen CDs and downloads jumped 3133% in the 48 hours after Eddie van Halen’s tragic death was announced. According to Buzz Angle, sales this week in those formats totaled 28,000, up from 866 the week before. Wow.

And those numbers are just for Tuesday from around 5pm through Thursday night. Van Halen records have been selling like crazy ever since then. So it’s quite a tribute to Eddie that his fans have gobbled up everything.

Among the singles, “Jump” is the bestseller. I always loved “Dance the Night Away,” which is below. You don’t know what you’re missing til its gone. I realized how how that chunky guitar sound was so embedded in my cerebellum. And how it makes me smile when I hear it.