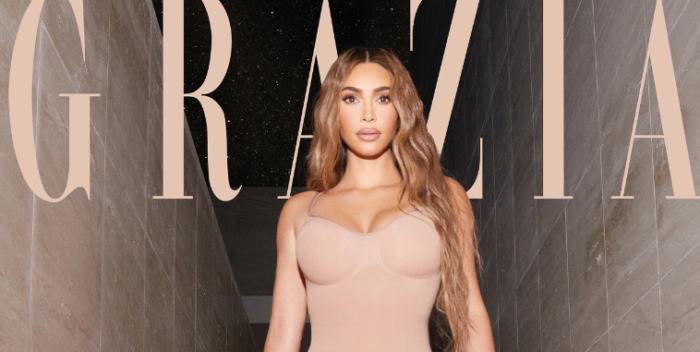 Dylan Howard is back. The one time editor of the National Enquirer, and former chief exec to David Pecker at the languished American Media, is reborn. And this time, it’s a good thing.

Howard has licensed Grazia, the famous and glossy Italian celebrity-fashion magazine, from Italian heavyweight publisher Mondadori. The website is up. Quarterly print magazines are coming.

And they’re not kidding around: Kim Kardashian is on the cover of the first digital issue. In the celebrity world right now, she’s the main “get,” no?

“The arrival of Grazia in the United States is a highly significant event, the first time an all-Italian fashion magazine lands on the US market with a formula that gives a perfect answer to the new needs of readers, users and businesses. In today’s historical juncture, it bears witness to the strength of a brand that has always stood at the forefront, becoming an icon of international renown, leveraging on its authoritative content and incomparable identity,” said Ernesto Mauri, CEO of the Mondadori Group.”

For Howard, this is the biggest comeback since Lazarus. With Pecker he was involved in the Jeff Bezos scandal and also the catch-and-kill efforts involving Playboy model Karen McDougal. He was named in a variety of lawsuits. But upon leaving AMI, Howard produced a series of tabloid-style books about tabloidy subjects like Michael Jackson, Jeffrey Epstein, Princess Diana and so on all which garnered tons of headlines and publicity. A full pivot followed.

So, welcome Grazia, which looks pretty classy and elegant and is bound to shake things up in a very changing world of celebrity publishing. And that Mondadori name– take it seriously, kids. They are loaded.