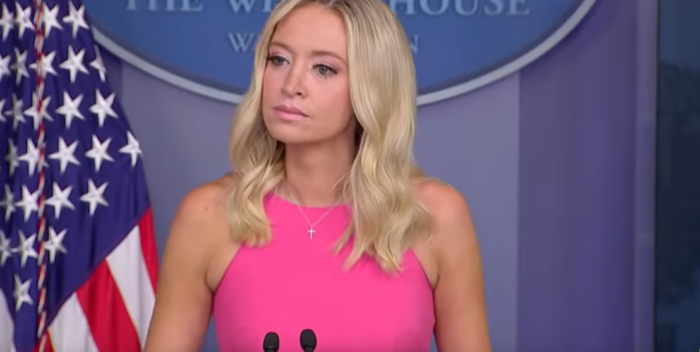 Kayleigh McEnemy, who lied and mocked, has been tested COVID positive. So have two of her assistants, according to CNN. Shrill and stupid, McEnany has for months made fun of people wearing masks, lied about the virus, proclaimed all kinds of lies about Obama and Biden, ridiculed science and scientists, says she’s “asymptomatic” so far, but hold on because Karma is a bitch.

CNN says that McEnany’s assistants have it, too. So there’s now a long list starting with Trump, his wife, senators, Kellyanne Conway (who gave it to her 15 year old daughter), journalists, etc who are positive because Trump lied about when he was ill.