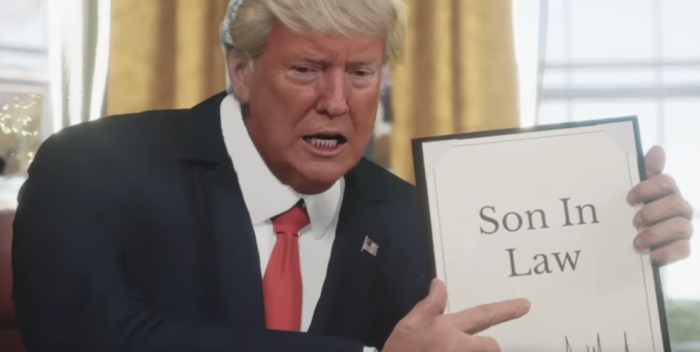 Someone is Tweeting from Donald Trump’s account. Is it him?

Seems impossible since he’s no doubt flat on his back with IVs in his arm. He’s also, according to reports, extremely fatigued, running a fever, and has possibly been on oxygen.

So who is it? Ivanka? Jared? Stephen Miller, visiting from his planet?

One way you know it’s not him is that he calls the virus “the plague.” The real Trump would call it “China Virus.” or “Peking Plague.”

Maybe it’s the same person pretending to be Herman Cain on his account. Cain died a few weeks ago, but he doesn’t stop. 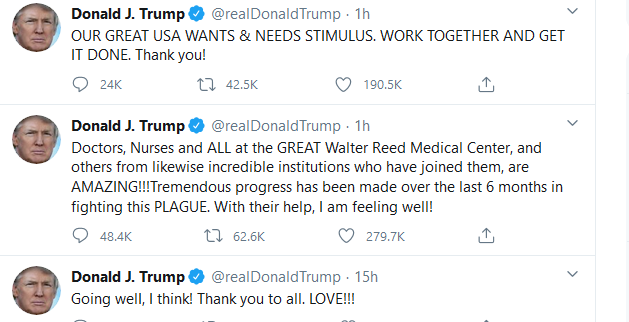