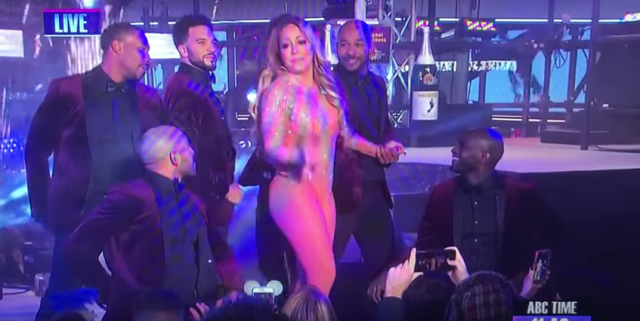 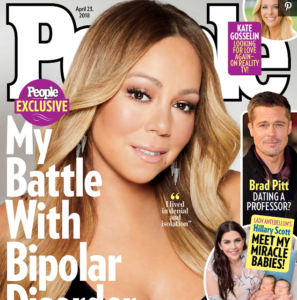 I’m getting nasty tweets from Mariah Carey’s fans about my take on her book, “The Meaning of Mariah Carey.”

They say the book is a “memoir,” it’s just about her, and not about the vast amount of people she’s omitted.

If that’s the case, then something really major is missing from “The Meaning of.” In 2018, Mariah was on the cover of People magazine with an exclusive. It was called “My Battle with Bipolar Disorder: Mariah Opens Up.”

“I’m actually taking medication that seems to be pretty good. It’s not making me feel too tired or sluggish or anything like that. Finding the proper balance is what is most important,” Mariah told People.

She continued: “For a long time I thought I had a severe sleep disorder…But it wasn’t normal insomnia and I wasn’t lying awake counting sheep. I was working and working and working … I was irritable and in constant fear of letting people down. It turns out that I was experiencing a form of mania. Eventually I would just hit a wall. I guess my depressive episodes were characterized by having very low energy. I would feel so lonely and sad — even guilty that I wasn’t doing what I needed to be doing for my career.”

Might not bipolar disorder account for several episodes in Carey’s life, from the “Glitter” breakdown to the James Packer engagement? And yet, there is not a word about it in the memoir. Bipolar disorder is a serious matter, and it would affect all parts of a person’s life including their extreme mood changes, decision making, and so on. Excluding it from “The Meaning of” kind of invalidates the whole book, or at least brings into question the truthfulness of the diagnosis in the first place.

One more strange thing about the book: Mariah holds Bedford Hills, New York in her memory as a place of terror, calling the mansion where she lived with Tommy Mottola “Sing Sing.” Yet, according to a recent New York magazine article, she’s moved back there during the pandemic, abandoning her Tribeca loft. She could have moved to Greenwich, Connecticut or the ritzy part of New Jersey if she wanted to stay local, or even East Hampton. But she went right back to Bedford. That’s a headscratcher.