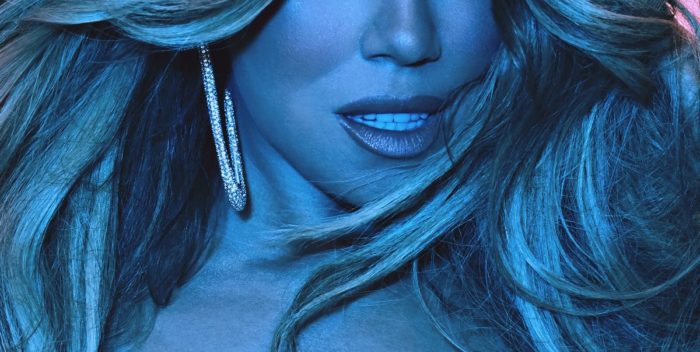 What is “The Meaning of Mariah Carey“? It’s a ridiculous “memoir,” quite short with big type and wide margins. In it, Mariah Carey — who doesn’t explore much of anything that we’d call introspection — blames everyone else in her life for any unhappiness she may have suffered. She throws everyone under the bus, starting with her mother and her first husband Tommy Mottola.

“The Meaning of Mariah Carey” is a sop to her fans, a product for the “lambs” who are no longer buying her albums. Maybe they’ll get a little gossip out of it. But an actual memoir? The book is “published” under an imprint at Henry Holt from Andy Cohen, the guy who wrangles the Real Housewives and has a talk show on cable. This isn’t Robert Gottlieb publishing Sidney Poitier. This is US Weekly in hardcover.

Well, okay, Mariah’s childhood is terrible because her mother, an aspiring white opera singer, is jealous of her. Mariah’s dad is black. She has two much older siblings, each of whom drifts away into sketchy lives. The parents divorce and Mariah is left to deal with her mixed race background. The worst thing that happens to her is the older sister makes her swallow a Valium at age 12.

Determined to be a singer, Mariah meets a collaborator named Ben Margulies, who writes her early and very tuneful hits. She signs what she claims is an onerous deal with him. But frankly, to this day, the Margulies songs are Mariah’s most memorable and tuneful including “Vision of Love.”

She writes:
“I was informed, and what I remember, was that he got 50 percent of the publishing on all songs we worked on together for my first album. Okay fine. But additionally, he received 50 percent of my artist’s royalties for the first album, 40 percent for the second album, 30 percent for the third, and so on. It went on that way from 1990 until about 1999. Even though Ben didn’t write one word or note with me after the first album. Out of loyalty to him and the hard work we put in together in that little studio, I never looked back and tried to reset or recoup.”

Instantly she meets, at 19, Tommy Mottola, head of Sony Music. He’s in his 40s, married, converted to Judaism, father of two teens not much younger. In the book, Mariah doesn’t mention any of that baggage. They marry lavishly, and she recalls being a songbird in a gilded cage.

She really socks it to Mottola: “With all due respect, Tommy Mottola was just the bitter pill I needed to swallow at a pivotal period in my life. And there is a lot of respect due to him. He was a visionary music executive who fearlessly and ferociously dragged his visions into reality. He believed in me, ruthlessly.”

She admits now she married him not out of love, but out of ambition. “There was never really a strong sexual or physical attraction there, but at the time, I needed safety and stability—a sense of home—more than I needed a boyfriend. Tommy understood that, and he provided….More than my personal happiness, I needed my career as an artist to survive. Happiness was secondary. Happiness was a fleeting bonus. I married Tommy because I thought it was the only way for me to survive in that relationship. I saw the power he could put behind my music, and he saw the power…”

There’s a lot of that. I always thought Tommy was the bad guy, now I feel bad for him! They built a mansion in Westchester and she called it “Sing Sing” after the famous local prison. Again, there is no mention of his family or what it was like to be stepmother to kids your own age. “Our holy matrimony was built on creativity and vulnerability. I respected Tommy as a partner. If only he had known how to give me the respect I was due as a human being.”

Did Mottola have feelings? Was he a person? Unknown here. Mariah didn’t want to sing the Margulies type ballads. She was into hip hop and rap. Mottola didn’t get it, and so their relationship fell apart. Was she right? Wrong? Listen, this is what she wanted, and she was young. She got the career she wanted. Mottola made lots of money from it.

The rest of the story is about Mariah having hits, one after another, and “writing” them although she doesn’t explain her composer skills. She doesn’t play an instrument, can’t write or read music. She dismisses the actual facts that she was successfully sued several times for plagiarism and/or settled complaints to that effect. She writes of the disputed song “Hero”: “And here’s a side note with a side eye: A couple of people have come for “Hero,” and for me, with both royalties and plagiarism claims. Three times I have been to court, and three times the cases have been thrown out. The first time, the poor fool going after me had to pay…”

Around this point I started to lose consciousness. The book does, too. The Nick Cannon marriage is glossed over like a season of “The Bachelorette.” There is NO reference to billionaire fiancee James Packer, the failed famous engagement, no insight into why Mariah’s career was so jangly. The whole “Glitter” debacle is completely whitewashed. Words that don’t appear in this book: “Jennifer Lopez.” “American Idol.” “Benny Medina.” Nope. Not there. Not in the book. If you’re looking for those stories, read someone else. There are glaring omissions of many who kept the career alive.

So if you want a souvenir, 20 bucks is a fair price, $17.99 used to be the price of a CD. “The Meaning of Mariah Carey” remains unknown. And maybe it’s better it stays that way.

I bought the Kindle version, $14.99, which is the best way to go. It’s cheaper, and like Mariah sampling her “music,” I was able to sample some quotes.