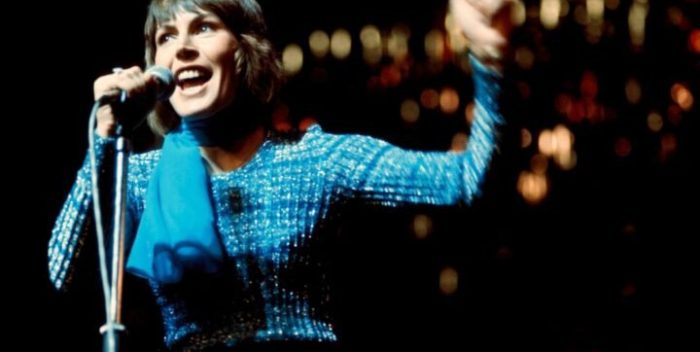 Superstar pop singer Helen Reddy has died at age 78 in Los Angeles. Reports say she suffered from dementia for years.

Reddy was the biggest female pop singer of the 70s. She was in the top 40 constantly, from “I Am Woman,” her women’s lib anthem, to “Delta Dawn,” “You and Me Against the World,” and many other hits. Reddy’s voice was constantly present on the radio, as big as any female singer right now.

Her life is currently portrayed in a new film called “I Am Woman” that I hope will be widely available soon. The film takes Helen from Canada to Hollywood where she meets her husband and manager, Jeff Wald. Reddy made millions and millions that Wald squandered, particularly on drugs, and the marriage ended in divorce.

In the movie, Helen turned out to be great friends with the late journalist Lillian Roxon, the first woman of rock and roll reporting who wrote “The Rock and Roll Encyclopedia.” They were unlikely friends. I never knew Roxon but always admired her. I sure hope they’re together now, having a good time.

“It is with deep sadness that we announce the passing of our beloved mother, Helen Reddy, on the afternoon of September 29th 2020 in Los Angeles. She was a wonderful Mother, Grandmother and a truly formidable woman. Our hearts are broken. But we take comfort in the knowledge that her voice will live on forever.”

Thanks to the movie, and the songs, Helen Reddy will indeed live on forever. Condolences to her family.