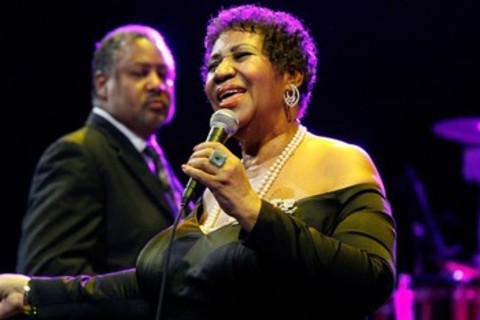 Tomorrow night in the wilds of New Jersey there will be a very important pair of test screenings.

The Aretha Franklin biopic, “Respect,” will be seen by real people for the first time. Starring Jennifer Hudson in what could be an Oscar performance, “Respect” is directed by Liesl Tommy and co-stars Forest Whitaker and Marlon Wayans, as well as Audra McDonald. The movie covers Aretha’s hit years at Atlantic Records after starting at Columbia.

“Respect” is set for release on January 15th, 2021 from MGM whether theaters are open or not. The cut off date for Oscars eligibility this year is February 28th.

This is a firm date, and a cause of headache for the Aretha National Geographic mini series, “Genius,” starring Cynthia Erivo. Before the pandemic ruined everything, “Genius” was going to come to TV right about now and preface “Respect.” But they shut down production in March and just return this week, according to Deadline. My sources say there are substantial re-shoots and rewrites coming. Insiders who’ve seen early episodes– there are 8– say the show, while looking good, needs more work. “More music,” I was told. Erivo is said to be nonetheless spectacular.

If I were the “Genius” people I’d slow down, do it right, and let “Respect” go first. “Genius” covers Aretha’s whole life. If “Respect” is the hit we anticipate, people will want to see more. And it still could be an Oscar and Emmy year for two different actresses playing the same role.