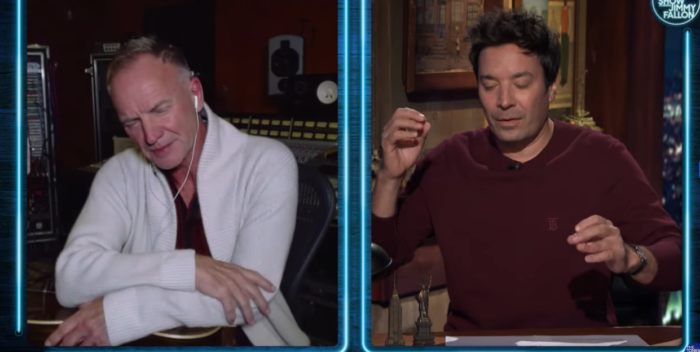 On Friday night’s Tonight show with Jimmy, Sting announced a new duets album due at Christmas time. It will comprise some duets from his heralded career and maybe a couple of new ones.

To that end Sting debuted a new single with rapper Gashi on which he’s a guest star, but frankly it’s very Sting and very catchy. Sting has been working with lots of different artists the last couple of years including Shaggy, and the results have been satisfying to say the least.

Sting also debuted a new sweater, which we all want to buy ASAP! Looks cozy while lightning flashes behind him in Tuscany.