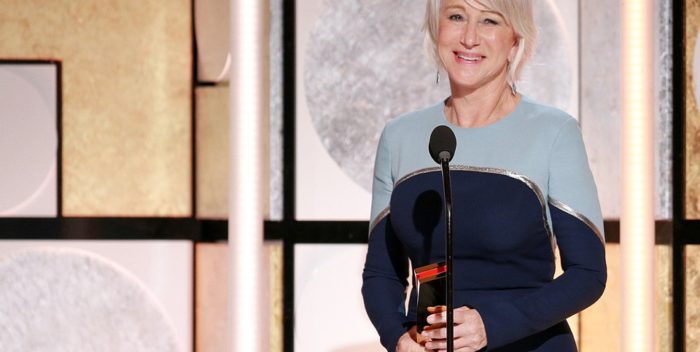 Oscar winner Helen Mirren and nominee Jim Broadbent could be back in the Oscar race with “The Duke.”

Sony Pictures Classics has picked up the Venice Film Festival hit for release in the US and most of the world. So far “The Duke” — which also stars Matthew Goode — has a 100 on Rotten Tomatoes from the 8 reviewers who’ve posted their thoughts.

Roger Michell directed “The Duke.” Among his credits is “Notting Hill.” Richard Bean and Clive Coleman wrote the script. “The Duke” is set in 1961 when Kempton Bunton, a 60-year old taxi driver, stole Goya’s portrait of the Duke of Wellington from the National Gallery in London.  It was the first (and remains the only) theft in the Gallery’s history. Kempton sent ransom notes saying that he would return the painting on condition that the government agreed to provide television for free to the elderly. What happened next became the stuff of legend.  Only 50 years later did the full story emerge – a startling revelation of how a good man set out to change the world and in so doing saved his son and his marriage.

SPC’s Michael Barker and Tom Bernard could get this film out for January or February and make the Feb 28 Oscar cut off. They’ve already got “French Exit” with Michelle Pfeiffer, but you never know how any of these things is going to work out. We need some good SPC action this season.