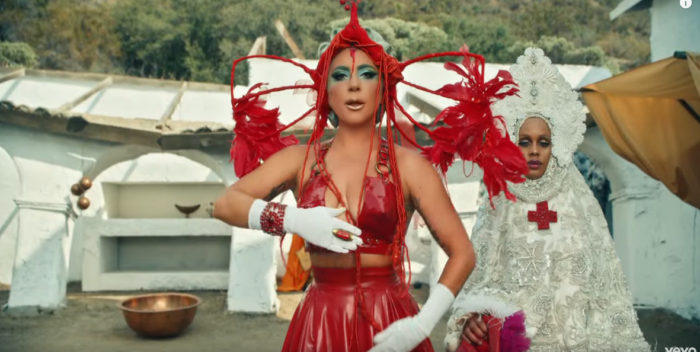 Lady Gaga’s album, “Chromatica,” has been problematic. The duet with Ariana Grande, “Rain on Me,” was a hit. But otherwise the album hasn’t been worked much at radio, and Gaga has mostly taken the summer off since its release.

Finally, a new single has landed. “911” comes with this terrific video. The costumes are insane. “Chromatica” really suffered from having no ballads and not one anthem. And “911” is a dance song about popping pills. But the video makes up for it.