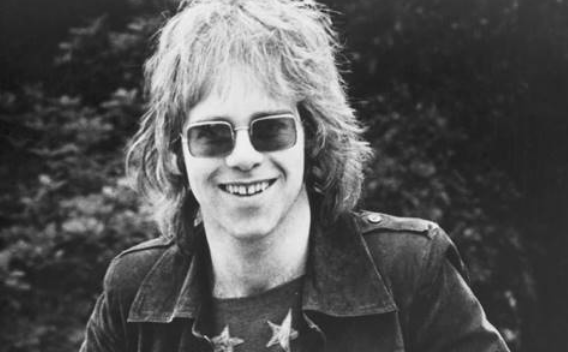 See that picture? Remember that guy? That was Elton John, like, in the 60s! He had hair! So did I!

Now known as Sir Elton, he’s releasing a big “Jewel Box” of demos and rarities and an unreleased song called “Sing Me No Sad Songs.” It’s all coming on November 13th in all different formats and I want it!

“Jewel Box” unearths everything Elton has never released. It’s like going through his notebooks.
Here’s the breakdown:

Discs 3, 4, and 5: Rarities 1965 -1971 – Elton’s much sought-after 1960s and early 1970s demos and music that cemented the foundations of the iconic Elton John / Bernie Taupin writing partnership. The compelling, previously unreleased, missing piece in his illustrious career. Daryl Easlea narrates this fascinating story with contributions from those who were there at the time. These discs encompass 65 songs, all but a few of which have been stored in the vaults for more than 50 years. Most of these demos were recorded during sessions before Elton was signed to a recording contract or released his first album. Also included are the first song ever written by Elton and his debut appearance on a record (both “Come Back Baby” – 1965), Elton and Bernie’s first composition (“Scarecrow” – 1967), and newly-unearthed piano/vocal demos of some of Elton’s most acclaimed songs from his early albums. The packaging appropriately contains rare archival artwork and select original lyric sheets.

Discs 6 & 7: B-Sides 1976-2005 – Non-LP tracks and flipsides, never before compiled together. 36 gems that are now given another chance to sparkle – 17 previously only available on vinyl, resulting in all of Elton’s studio B-sides now being offered digitally for the first time in his career.

Disc 8: And This Is Me . . . – To coincide with the release of the updated paperback edition of Me, the final collection celebrates the songs mentioned by name by Elton in his acclaimed autobiography, closing Jewel Box with the 2020 Academy Award-winning duet with Taron Egerton, “(I’m Gonna) Love Me Again.”