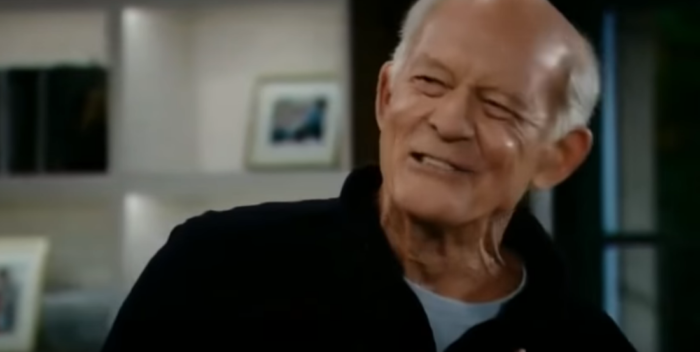 Don’t worry, Max Gail is alive and well. If he’s trending it’s because yesterday the “Barney Miller” star ended his Emmy winning run on “General Hospital” with aplomb and grace.

Gail, who we all knew as Stan Wojciehowicz on the ABC police drama 40 years ago, where had 2 prime time Emmy nominations in 1979 and 1980. He came to the ABC soap in early 2018 to play Mike Corbin, father of the show’s mob boss, Sonny. It was clear early on that Mike had Alzheimer’s, but it was Gail’s peeling away of the symptoms that made the character heartbreaking.

By the spring of 2019, Gail had earned a Daytime Emmy for his work, but you knew this couldn’t go on much longer. How they got it all the way into 2020 probably had something to do with the show’s pandemic break. Mike would otherwise have died during July sweeps.

Anyway, Max Gail really showed his stuff, and it was beautiful. He gave an incredibly nuanced performance, and boosted the daytime soap to another level. He’s 77 years young and I hope Gail wants to keep working. Let’s see ABC reward him with something as good at night.

Now, back to amnesia, fake paralysis, and hysterical blindness.