“Yeezus”– which I like to call “Meezus” — was one of Kanye’s botched releases, had no marketing and no time to set up. If this is what DefJam has been paying him, they are crazy. And he’s crazy like a fox. His albums have not been big sellers in years. The licensing fees and royalties for samples he takes from other artists prey on his profit and loss sheets. And now he’s angry with Def Jam? LOL.

When black artists were really ripped off in the past, they didn’t have $12 million advances. They got nothing. Smokey Robinson will do a spit take when he sees this contract. Kanye West has never written an actual song, and doesn’t sing. What exactly is he being paid all this money for? This is completely insane. But this is how the hip hop world works. It’s all smoke and mirrors. 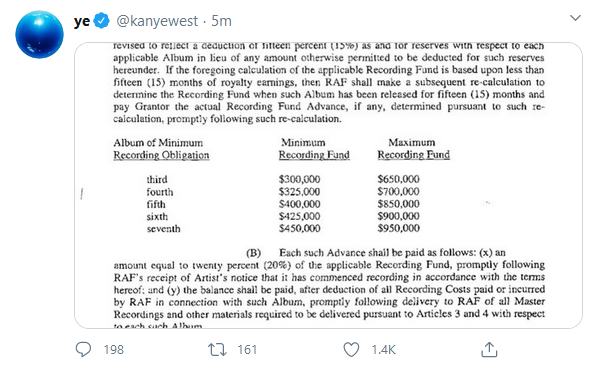