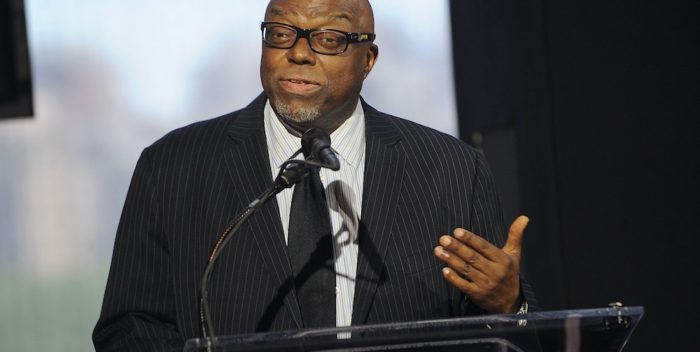 There are a lot of good obits today for Stanley Crouch. I liked the ones on NPR and the NY Times, and Leonard Greene’s piece in the New York Daily News.

I realized when I heard that Stanley died today at 74, I hadn’t seen him in some time. He used to come to a lot of Peggy Siegal’s movie luncheons and dinners, where he asked serious questions and added intellectual heft to the proceedings. We met at one of those events probably around 1998.

He was a fan of the movie I made with DA Pennebaker and Chris Hegedus, “Only the Strong Survive,” about R&B music. Stanley was an outstanding jazz critic and he understood the whole thing, the lives of musicians, their roots and their fates. He was very cool, you know. With his deep, scratchy rumbling voice he had come to embody jazz. And when I needed a sounding board, he was there.

It’s hard to believe he wrote for the Daily News, which was not particularly cool, but it was New York, working class, liberal and he was in tune with it. He published many books of essays, all the more topical right now. “The All-American Skin Game, or Decoy of Race: The Long and the Short of It, 1990-1994” resonates in 2020.

Stanley wrote: “Just as important to my sense of what is is to be done is the clarity the years have allowed me in terms of recognizing my most inspirational historical forebears, the people I could never know personally. They came from nowhere to somewhere; they made a way where there was no way; they moved from outside the argument into the center of the dialogue and helped define its direction and determine its highest ideals.”

And that’s what he did. I am so sorry we’ve lost him, but his work lives on.