Kanye West is having a manic episode on Twitter. He’s obsessed with Taylor Swift and her fight to get own her master recordings– in a bad way. This morning he published correspondence with what looks like a lawyer over ownership of his own masters.

What’s disturbing is that he’s publishing this stuff because he says he hasn’t heard from anyone at Sony or Universal — despite raising these issues on Twitter just last night. “It’s go time,” he writes.

This should make his legal team crazy since they settled with Kanye’s labels one year ago. 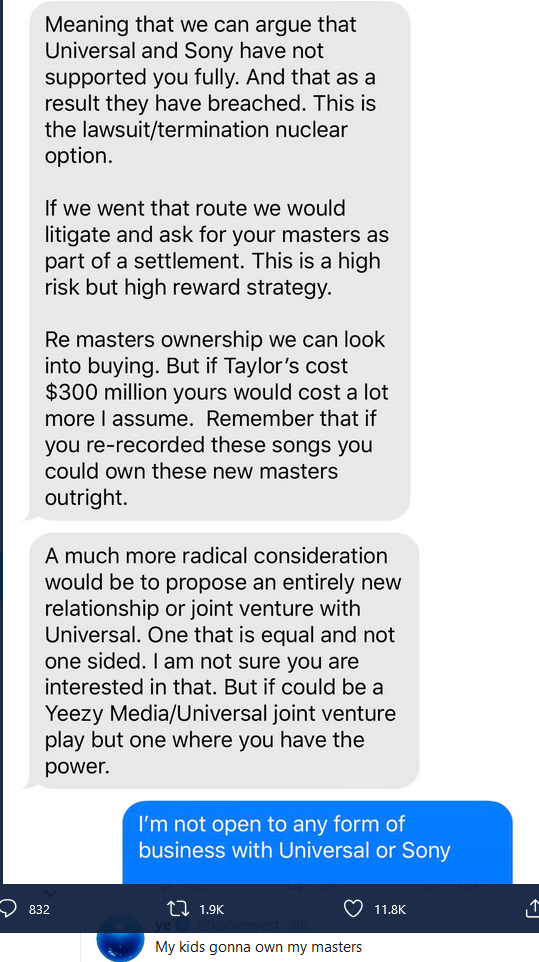 What is at the root of this new Twitter rant?

He filed a suit against EMI which was settled. But in December, EMI wrote to the court: “Unfortunately, as of today’s date, the parties have been unable to finalize the terms of a settlement agreement, or to finally resolve related issues on which a settlement agreement would be conditioned. As a result, good cause exists, and EMI hereby applies to reopen the Action.”

The parties, according to reports, settled for a second time.