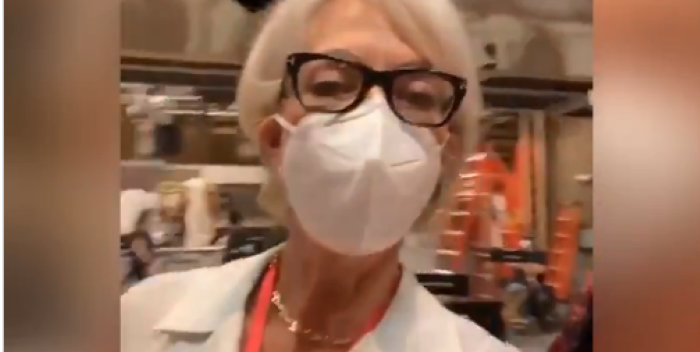 Allison Janney has tweeted out a nice video welcoming back “everyone” to season 8 of “Mom”– except of course Anna Faris, who mysteriously quit the show last week. “It’s a whole new territory but we’re excited for season 8 to begin!”

Janney is now a very whitish blonde. She was previously a brunette. I like her new look but maybe she still has to dye it back to her character’s color.