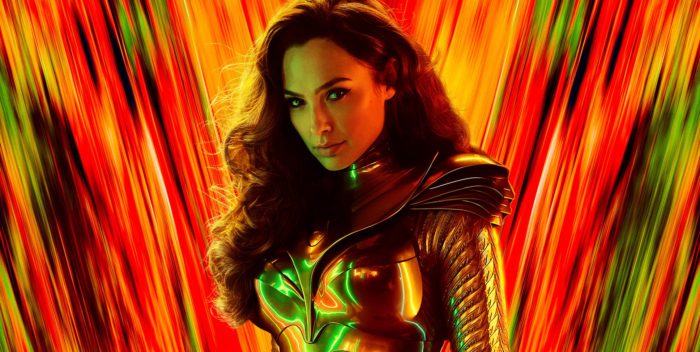 Warner Bros. has moved “Wonder Woman 1984” to December 25th from October 2nd because basically no one went to see “Tenet” and they’re praying for a vaccine.

To wit: The first week’s numbers for “Tenet” in the US were so bad– $20 million for six days– that the studio has stopped reporting any more numbers on the Christopher Nolan spectacle. We have no idea what happened to it after this past Tuesday and still don’t today. There’s no clear idea of what number of theater it’s playing in. But we do know it’s not playing in New York state, and large parts of the country.

“Wonder Woman 1984,” the next Warner’s release, was supposed to fly in on October 2nd. But as that is three weeks away, and there no obvious changes coming re the pandemic, the studio has moved it to December 25th, a week after their own blockbuster “Dune,” is supposed to unfold somewhere. But it will be too cold to go to drive ins. So “Dune,” they say, may move to 2021, along with “Wonder Woman” if by mid December there are no major successes in theater attendance.

Wait: Disney, which threw away “The New Mutants” and “David Copperfield,” has set “Black Widow” with Scarlett Johanssen for November 6th. Really? Will this be a throwaway, too? Or will they finally cave and put it on DisneyPlus for $30 a la “Mulan”?  Meantime, “Mulan” has not been a hit in Asian countries in theaters. It opened to just $6 million in China.

So there’s trouble everywhere. And this is only about big studio blockbusters. We have no real idea when Oscar movies, smaller releases, indie films, etc will or can open. And now Dr. Fauci is saying that even with a vaccine it might be a year before audiences could return to theaters. That could be their death knell.