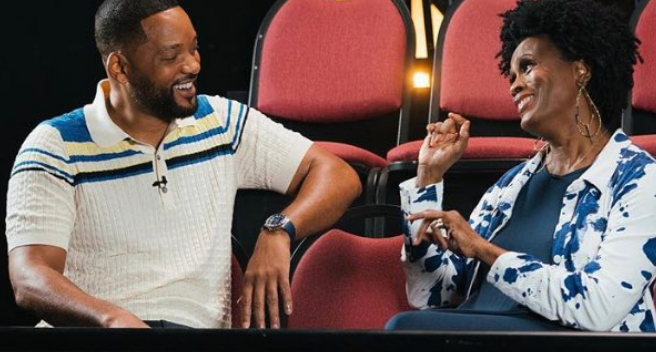 A long, long time ago in a far off galaxy actress Janet Hubert was replaced by Daphne Maxwell playing Aunt Viv on NBC’s “Fresh Prince of Bel Air.” Hubert did not get along with the star of the show, Will Smith. After her firing, she never stopped talking about it or slagging Will.

Now it’s the 30th anniversary of the “Fresh Prince.” A reunion show was shot today in Los Angeles. The whole cast came back save for Uncle Phil, the beloved James Avery, who has passed away. They were all there including Carlton (Alfonso Ribero), Maxwell-Reed, Karyn Parsons, Joseph Marcell, Tatyana Ali, and… Janet Hubert.

Has hell frozen over? No, Will Smith forgave his wife for an affair on national TV, and now he’s buried the hatchet with Hubert. How did he do it? We don’t know. But it was smart because she’d have started squawking again, or as Richard Plepler liked to say when he was running HBO, pissing into the tent instead of pissing out of it. Very smart. The reunion special will air on HBO Max.

Will and Janet were photographed laughing and talking. Will wrote on Twitter:

“Today is exactly 30 YEARS since The @FreshPrince of Bel-Air debuted! So we’re doin’ something for y’all… a for real Banks Family Reunion is comin’ soon to @HBOmax! RIP James. #FreshPrince30th”

It’s a happy ending. Uncle Phil would be so pleased!

Today is exactly 30 YEARS since The @FreshPrince of Bel-Air debuted! So we’re doin’ something for y’all… a for real Banks Family Reunion is comin’ soon to @HBOmax! RIP James. #FreshPrince30th