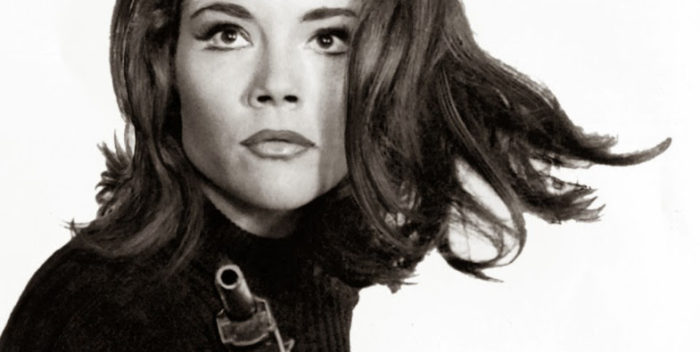 Diana Rigg, the gifted and beloved stage, TV and movie star has died in the UK at age 82.

Rigg is permanently lodged in the firmament of the culture playing Emma Peel, lady spy, in “The Avengers”
TV series from the 60s. There was nothing like her knee high leather boots, carrying her Lugar.

More recently, she was the sensationally evil Olenna Tyrell on “Game of Thrones,” making life hell for everyone.

In between, there was an incredible career full of awards and performances of all kinds. She was a Bond girl in “On Her Majesty’s Secret Service.”

In America she had nine Emmy nominations and one win in 1997. She won a Tony Award in 1994 for “Medea” and had three other nominations for her work on Broadway. Her British awards are endless.

What do we owe to Diana Rigg? Everything from Chrissie Hynde in her Pretenders video for “Don’t Get Me Wrong” to Anna Devane on “General Hospital.” What a life, what a career!