I just received this press release and I couldn’t be prouder of my pals Sam Moore and Mary Wilson. Rock on! 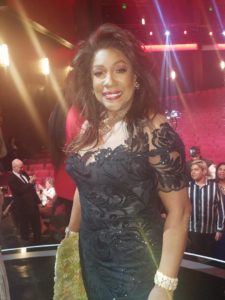 Legendary recording artists Mary Wilson and Sam Moore, and the Recording Industry Association of America (RIAA), together applaud Hawaii’s enactment of the Truth in Music Advertising Act (TIMA) today. The TIMA legislation is designed to help protect the livelihood of legacy musical groups and artists by preventing “imposter” performers from improperly using the legacy act’s name.

Governor David Ige signed the bill into law today. It had previously passed the Legislature unanimously.

“This legislation will help stop ‘fake groups’ from using our own hard-earned name to take work away from us,” said Mary Wilson, founding member of The Supremes. “We worked to earn our legacies – our name – and we earn our living by touring. We can’t afford to lose gigs to bogus groups, and music fans shouldn’t be misled into paying for fakes. Thank you to Governor Ige, Speaker Saiki, Senate President Kouchi and Senate Majority Leader English for enacting this important law.”

“I am part of a generation of music creators who defined American culture and made our country the music leader it has been for decades,” said Sam Moore, Rock and Roll Hall of Fame and Grammy Lifetime Achievement Award recipient. “Those creators – those legends – deserve to be recognized and not to have their identities and hard work invaded, misappropriated, or stolen, and the fans who have been loyal and supportive all these years should never be deceived by fakes and phonies.”

For decades, imposters have been performing under the name and likeness of legacy recording groups despite having no connection or legal rights to the original band or artists. HB 1678, Hawaii’s Truth in Music Advertising Act, would correct this by prohibiting advertising or conducting a live musical performance or production in the state through the use of a false, deceptive or misleading affiliation, connection, or association between a performing group and a recording group. In addition, it authorizes the Attorney General and parties with a claim to take civil action.

Similar legislation has been enacted in 34 states to date.