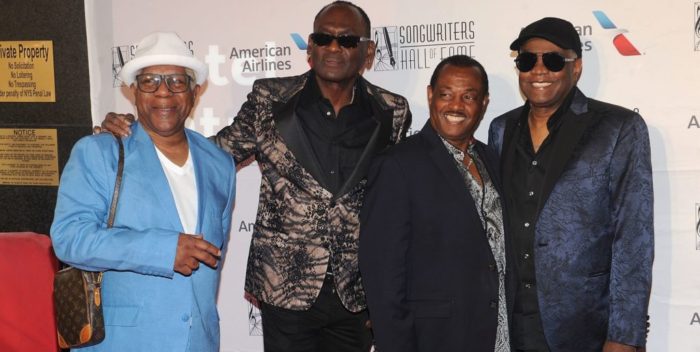 Ronald Bell of Kool and the Gang has died age 68 and I want my money back for 2020. Ronald and his brother Robert, the co-founders of this amazing group, and the other members of their band appeared at least twice this summer on Richard and Demi Weitz’s Quarantunes Zoom charity calls. They were wonderful, joking around, answering questions, singing and playing and so on. There was no outward indication of illness.

According to sources, Ronald and his family were at their summer home in the Bahamas where they’d escaped COVID and were relaxing. Ronald leaves his brother, Robert, and his other brothers Wahid and Amir, his wife, Tia; sister Sharifah; and children Kahdijah, Rasheed, Nadirah, Liza, Maryam, Aminah, Jennah, Khalis, Asia and James.

Ronald, who went by the name Khalis,  explained once how jazz influenced him. “It was those albums that my dad brought home that drew me to jazz,” he said. “As I child, I was influenced by Miles Davis, John Coltrane, and Cannonball Adderley. I taught myself how to play saxophone by copying records by Lee Morgan, Art Blakey, and Wayne Shorter.”

Kool & the Gang’s hits– sampled over and over and played around the world — include many songs Ronald co-wrote including “Jungle Boogie,” “Hollywood Swinging,” and “Celebration (Celebrate Good Times),” and “Joanna.”

The band went through many name changes –from  the Jazziacs, to The New Dimensions, The Soul Town Band, Kool & the Flames — before arriving on Kool & the Gang in 1969, the year before they released their self-titled debut album.

I can still remember the first time I heard “Jungle Boogie.” It was just the beginning of the funk, pre-disco era that included the Ohio Players and many others (George Clinton’s Parliament/Funkadelic). But the Bells knew how to hit the top 40 and number 1 especially. They had a recipe for funk and melody with very strong melody and bass lines. You could not not start dancing, which is very bad if you’re 16 and in a car.

This is just more bad news for music and for 2020. The Bells were really young when they had their hits, like 22 and 21, and were still young now by classic rock standards. I’m sure Robert will keep them going, but it won’t be the same.

“Celebration” was the biggest of their big hits and remains a staple at weddings and bar mitzvahs. This may be the first time it’s played at a funeral. But Ronald deserves to go out in style.