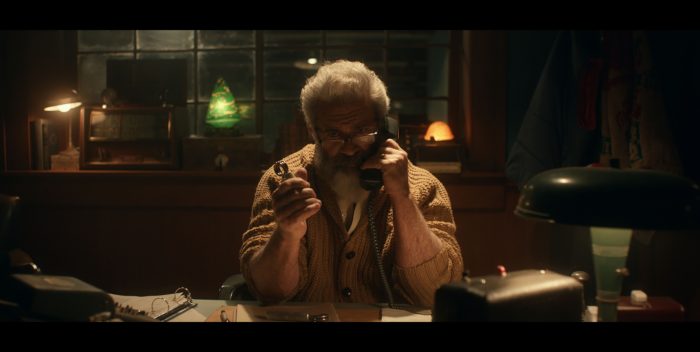 Mel Gibson continues to troll the depths of the movie world for new projects.

His newest one is called “Fatman,” and he plays Santa Claus– a misogynistic racist Santa perhaps wearing some padding.

“Fatman” will be released for Christmas and it’s distributed by Saban Films, the last word in B– or maybe D– films. Their other titles right now are “Retaliation” and “Most Wanted.” Their releases are the kind we used to see up at Magno Screening, in silence.

Mel plays a Santa who’s the object of a hit man, played by Walton Goggins, hired– realistically– by a 12 year who hasn’t gotten the gifts he wanted. Directors are the Nelms Brothers, who are not the Coens, Safdies, or even Marx brothers. The main difference is, they hired Mel Gibson.

See you on VOD.