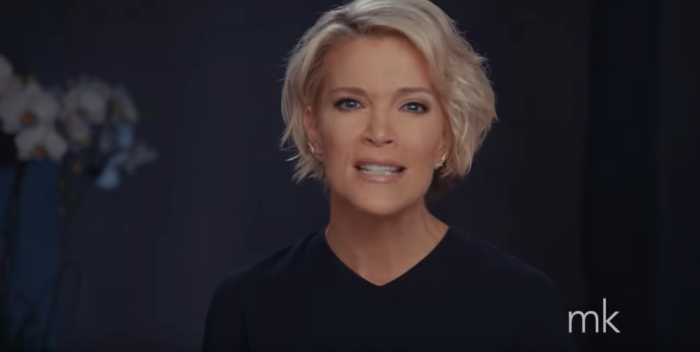 It’s nice to see that Megyn Kelly — fired from NBC for advocating wearing blackface– doesn’t change. She only gets worse. Responding to news that Senator Kamala Harris visited Jacob Blake’s family in Rochester and told him she was proud of him, Kelly wrote on Twitter:

“PROUD of him? He’s accused of breaking into a sleeping woman’s house, sexually assaulting her, humiliating her & later returning to harass her. Then the cops she called for help say he resisted arrest, assaulted them & went for his knife. How about a word for his victim, Senator?”

Kelly’s compassion for Blake is nil. He was shot seven times as he got in his truck. He was not resisting arrest. He also had not been arrested for anything. A warrant had been issued for him on July 7 for third degree domestic abuse. But on August 23rd, there had been no arrest.

Blake is now in a Kenosha hospital, paralyzed.

Kelly is a monster who succeeded in sucking $69 million out of NBC. But she will never be an anchor or correspondent for any legitimate news organization again. She’s limited to putting up her own interviews on YouTube, or working for Fox, Sinclair, or that OANN thing that Trump loves so much. Shame on her for this post. 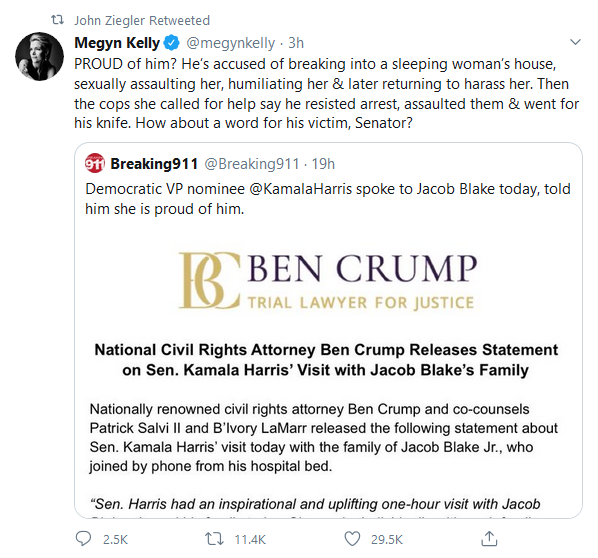 Here is Jacob Blake’s charge sheet. He has not been tried or convicted of anything here. If Kelly were an actual journalist, she’d know that. 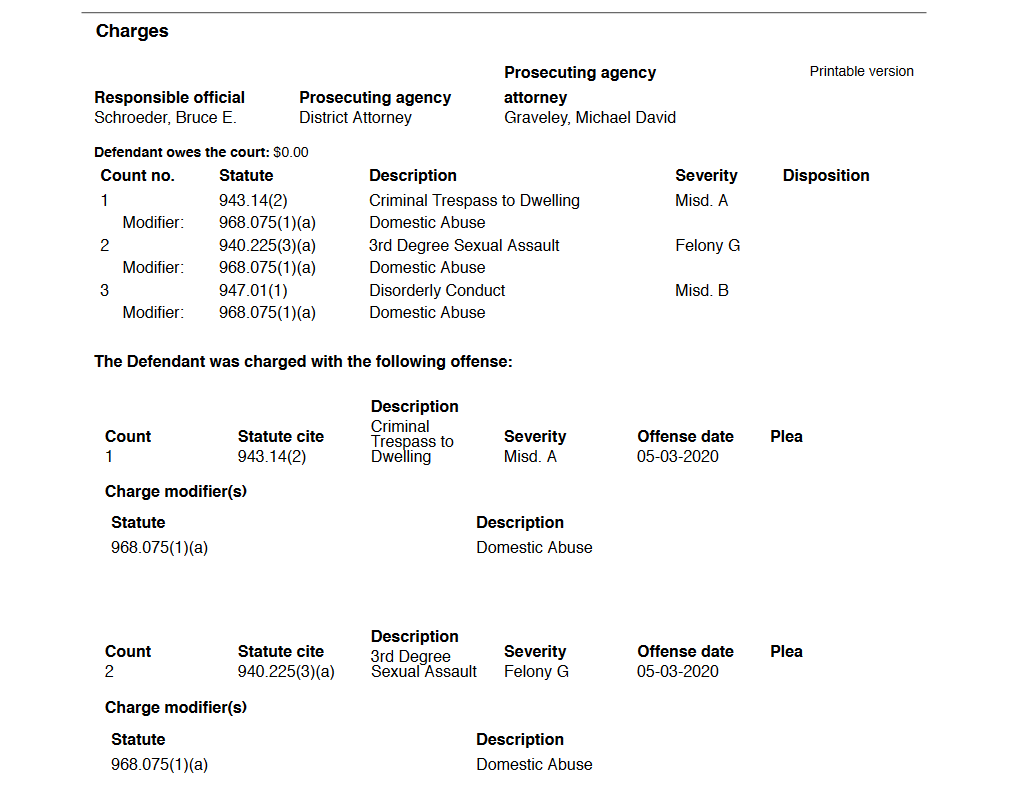