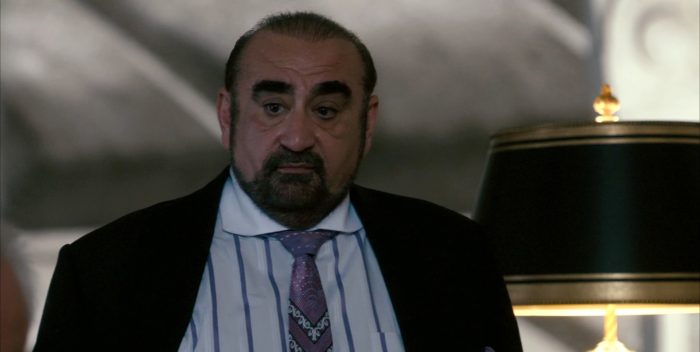 My colleague, Jeff Sneider, king of movie scoops at Collider.com, had a great one today: Sacha Baron Cohen has filmed and already screened a sequel to his monster comedy hit from 2006, “Borat: Cultural Learnings of America for Make Benefit Glorious Nation of Kazakhstan.”

I have such fond memories of the first “Borat” screening in Cannes — in which all the actors stayed in character — that I was thrilled. I immediately phone the great character actor Ken Davitian, who played Azamat, Borat’s loyal sidekick, to congratulate him on being in the sequel.

Alas, I am disappointed to report that Ken is not in “Borat 2” and has not heard from Cohen in a long time, not even when his wife tragically and suddenly died nine months ago on New Year’s Day. There won’t even be an Azamat cameo.

“A lot of people have called, they’ve seen him shooting it around, even my grandkids ask, Aren’t you in it?” Ken told me. “But there’s been no contact.”

It’s not like Davitian isn’t busy. He works constantly. He told me about a movie he shot in the UK right before the pandemic called “Mister Mayfair” that he’s very excited about. But it’s been a bittersweet year. His wife did pass away suddenly on January 1st with no forewarning. Then he had to go to England to do work on “Mister Mayfair,” but had to return to the US immediately when the pandemic began.

The “Borat” story has an unpleasant kicker, too. Ken thought he was going to be in the sequel. “I was only paid $65,000 for the first movie,” he told me. Four years ago, Cohen asked him to be part of a Jimmy Kimmel segment to promote his new movie, “The Brothers Grimsby.” Ken didn’t want to do it, but he did because he was told by Cohen’s management that “Sacha was going to go on retreat and write the sequel, and then you’ll make your five million.”  You can see the clip below. Davitian posed “naked” for the bit, which he didn’t want to do. But the dangled carrot was the sequel. And he never heard another word again from Cohen.

The kicker to that story is “Brothers Grimsby” was a huge flop, making just $6.8 million. “Borat” grossed $128 mil in the US and twice that totally around the world. “I always told Sacha we were a great team, like Abbott and Costello. His wife agreed with me. But I guess he didn’t.”

As for the sequel, he’s not bitter, Ken jokes, “I hope it’s half as good as the first one, because I’m the half that’s not in it.”

PS Ken says there’s a completely filmed “Making of Borat” documentary from the first movie, but he has no idea what happened to it.