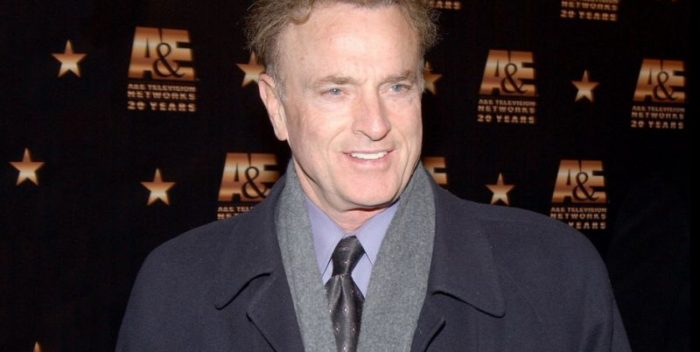 Sad news that Kevin Dobson, a terrific actor and a great guy, has died at age 77. Dobson had a long run on “Knots Landing” as Mack Mackenzie, the good guy lead of the show, from 1982- 1993. His character was married to Michele Lee’s Karen, the “moral center” of the soap opera that ran 14 seasons. Dobson was the rare kind of blue collar macho guy who was also a romantic lead.

Before “Knots Landing,” Dobson was a breakout on “Kojak” starring Telly Savalas. He played Detective Bobby Crocker. Men and women loved him. I remember when the show started (I was a wee lad) but Kevin Dobson was the It Guy. And that never stopped. He was literally on CBS screens from 1973 to 1993, 20 years, without a break, doing movies of the week and every series where he could guest star.

“Kojak” overlapped with “Knots” because Dobson was not in the second show’s original cast. He replaced Don Murray, who played Michele Lee’s first husband. But Murray had been a movie star and didn’t want to re-sign his contract, so they killed off his character after two seasons. Ironically, Murray just turned 91. Three years ago he had a career Renaissance on the revived “Twin Peaks.”

Dobson is survived by his wife, Susan, who he marred in 1968, three children, and fans all over the world.